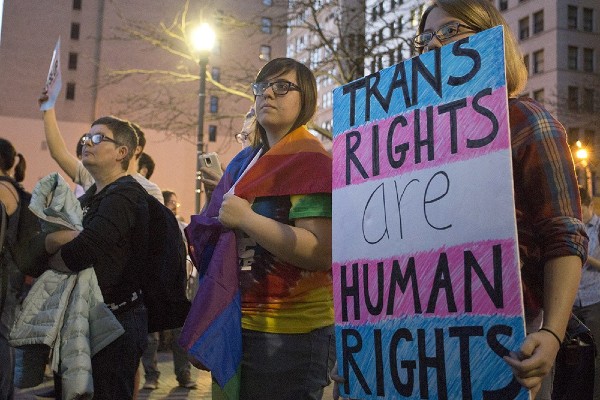 New York governor, Andrew Cuomo, has signed the repeal of an anti-loitering bill which allowed police to target trans people in public. The bill, commonly known as the ‘walking while trans’ law, was created in the 1970s to ‘prohibit loitering for the purposes of prostitution’, but was frequently used as an excuse to harass people who were perceived to be transgender, as well as people of colour. Multiple campaigns to repeal the bill have been made in the past.

After signing the repeal, Cuomo tweeted a message of support for trans and queer Americans: “I just signed legislation repealing the discriminatory “Walking While Trans” ban. For too long, trans people have been unfairly targeted & disproportionately policed for innocent conduct based solely on their appearance. New York will never stop fighting for LGBTQ+ rights & justice.” Human Rights Campaign president, Alphonso David, praised Cuomo’s decision, saying: “After years of fighting alongside partners and advocates to end what has become stop-and-frisk for transgender women of color, tonight the ‘Walking While Trans’ era is finally over. Thanks to the swift action by Governor Cuomo, transgender New Yorkers can no longer be profiled and arrested for doing nothing more than standing or walking on the street.”

The decision to repeal the law has been praised by many LGBTQ+ other activists, with Kiara St. James of the New York Transgender Advocacy Group saying: “We are seeing history being made in regards to trans rights being prioritised, and the passage of this bill will improve the quality of life for all New Yorkers, and especially of Black and Brown trans women who have historically been targeted and unduly profiled simply for our existence.” Lambda Legal senior staff attorney, Richard Saenz, also highlighted the importance of repealing the law for trans women of colour: “This repeal is a call for justice. It is a significant step to address violence perpetuated against transgender women and women of color by the state.”