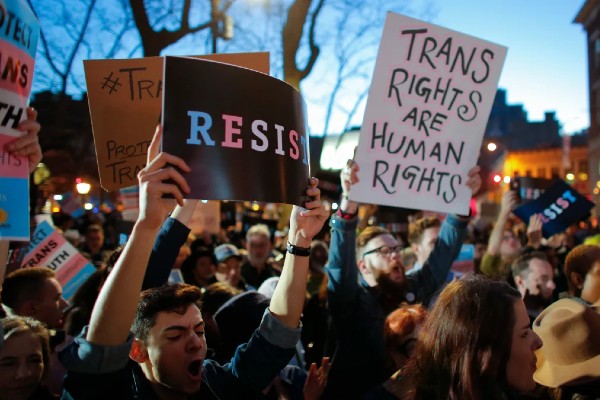 New York lawmakers are set to review an anti-loitering bill, commonly known as the ‘walking while trans’ ban which allowed police to target trans people in public, with the aim of repealing it. According to LGBTQ Nation, the law was created in the 1970s to ‘prohibit loitering for the purposes of prostitution’, but was frequently used as an excuse to harass people who were perceived to be transgender, as well as people of colour. Multiple campaigns to repeal the bill have been made in the past.

New York assembly member, Amy Paulin, who sponsored previous appeals to reverse the legislation, said she was “glad that we are finally going to right this wrong in our criminal justice system and repeal this antiquated law.” Senate majority leader, Andrea Stewart-Cousins, added: “The Senate under my leadership has made it clear we stand for equality and justice. For too long this loitering statute has been used to target LGBTQ+ people, communities of colour and victims of sex trafficking. The Senate will be repealing this law.”

The decision to repeal the law has been praised by many LGBTQ+ activists. Kiara St. James of the New York Transgender Advocacy Group said: “We are seeing history being made in regards to trans rights being prioritised, and the passage of this bill will improve the quality of life for all New Yorkers, and especially of Black and Brown trans women who have historically been targeted and unduly profiled simply for our existence.” When the law is successfully repealed, it will become one of a handful of pro-trans regulations which have been implemented since Joe Biden entered the office this month, including an order to prevent discrimination against trans athletes.

Biden also signed an order to protect all LGBTQ+ people from employment discrimination. The president of the Human Rights Campaign, Alphonso David, referred to it as “the most substantive, wide-ranging executive order concerning sexual orientation and gender identity ever issued by a United States president.”