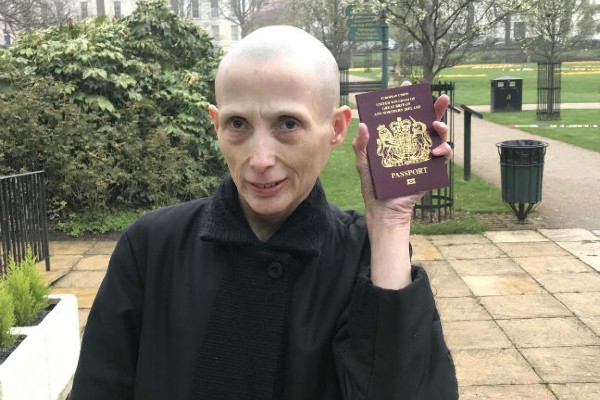 The UK’s highest court has rejected the prospect of gender-neutral passports, following a campaign by non-gendered activist Christie Elan-Cane, whose pronouns are per/perself. After the case was heard in July, the court has officially ruled in favour of the Home Office, which argued that issuing gender-neutral passports would have security implications and “result in substantial administrative costs”.

As there is currently “no legislation in the United Kingdom which recognises a non-gendered category of individuals”, the court’s judgement argued that Elan-Cane’s appeal is “outweighed by the public interest” in “maintaining a coherent approach across government and the legal system” in regards to gender categories. It concluded that the bid should be dismissed, even though a handful of other countries such as Iceland, India, Malta, Nepal, New Zealand, Pakistan, and the US allow for gender-neutral passports.

Following the ruling, Elan-Cane told PinkNews: “I am not surprised but I am taken aback by some of the language in the judgement, which was quite appalling.” Per also described the ruling as ‘disappointing’, after per first requested a gender-neutral passport in 1995. However, Elan-Cane has confirmed that per will be taking the case to the European Court of Human Rights in Strasbourg.

LGBTQ+ activists and advocacy organisations also expressed disappointment at the court’s ruling, with Mermaids saying: “We stand with Christie Elan-Cane and per tireless efforts in this case as well as all the other transgender, non-binary and gender diverse people impacted by this judgment.”