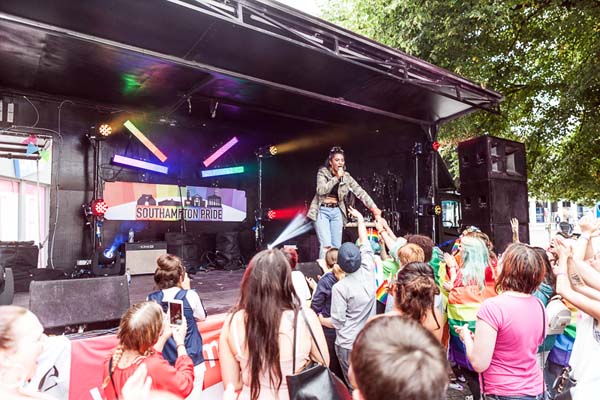 Festivities commenced on Sunday, August 28 at 11am with a Street Party outside the Stage Door, Cabaret, Theatre, Bar and Bistro in West Marland Road, Southampton.

Following speeches from Cllr Cathie McEwing, the Mayor of Southampton, Cllr Satvir Kaur, the Cabinet Member for Communities, and Jennie Formby from Unite Union the community parade moved off at 3pm up West Marlands Road, around Guildhall Square, down Above Bar Street to the Bargate Monument, around the monument, back up Above Bar Street to Guildhall Square and back along West Marlands Road.

Organisers hope it will become an annual event and estimate 2,000 people marched on the parade with 5,000 attending the street party during the day.