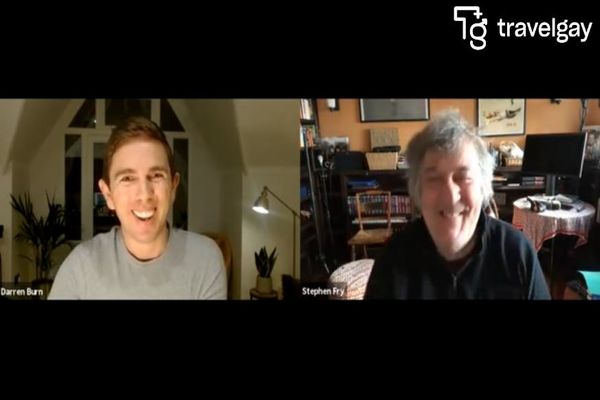 The interview covered many topics, not least the controversy surrounding James Corden’s performance in The Prom. The story hit the headlines this week. Fry said “I don’t want to add to the hate James Corden is receiving [for that role]. I have to say in his defence that whatever performance ends up on film is the responsibility of the director. So Ryan Murphy is at fault there, not James. He should have said to dial it down and not to go for a camp, podgy 1970s figure.”

Stephen Fry: The Secret Life of the Manic Depressive aired back in 2006. The documentary played in key role in raising awareness about mental health issues. Stephen discussed mental health and lockdown in the interview: “I’ve tried to learn to forgive myself for days that aren’t good. You know, there are days when I get up and I just can’t bring myself to work or to make that phone call or wash that saucepan. I think: ‘Come on Stephen, what’s the matter with you? You’re so fortunate.”

He also discussed Jair Bolsonaro, Brazil’s current president. He was a senator back when Stephen Fry met him for a notorious interview. Bolsonaro expressed his homophobic views in a frankly unhinged way. He has since suggested COVID might be a hoax and unleashed more homophobic invective, often on Twitter. He’s as intellectually incontinent as the recently departed Orange One. Fry points out the paradox: while Brazil may have a homophobic populist in charge, Sao Paulo hosts the world’s biggest, most dazzling gay pride parade.

On a more positive note, Stephen discussed his love for Greece. His latest book Troy is a retelling of Greece’s foundational story. It is in fact the foundational story of western literature. “I love Greece and the effect it has on my sense of self and history. To be in the place where so many heroic figures were and where so much of our civilization was born is a tremendous treat. Plus it’s just so beautiful. The sky is particularly blue over Greece. The sea is particularly blue, the stones are white, the grass green and the mixture of them all is so magical on the senses.” For his post-pandemic bucket list, Stephen cites the South Pacific and Brazil as the destinations he’d like to revisit.

The Travel Gay podcast has plenty more exciting guests lined up. We know who some of them are be we aren’t allowed to say! Tune in for the gossip and gay travel inspiration.

You can listen to the Travel Gay podcast on Apple, Google and Spotify.