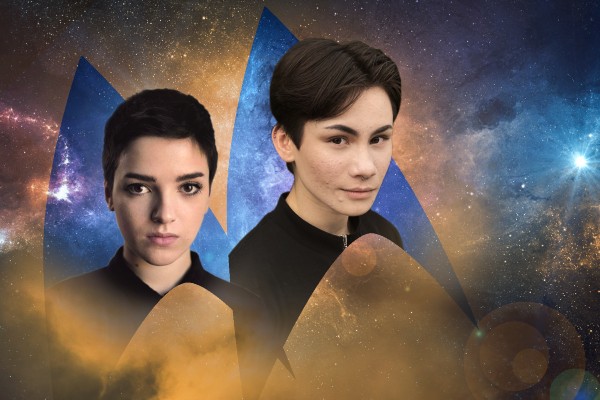 The non-binary character is named Adira, a young confident person with memory loss and is portrayed by Blu del Barrio who told GLAAD that landing the role helped them navigate coming out as non-binary “When I got the call that I’d been cast as Adira, I hadn’t yet told the majority of my friends and family that I was non-binary. I had only recently discovered the word and realized that it described how I’d felt for a long time. I knew I wanted to tell my friends and family, so when this happened, it felt like the universe saying “go ahead.” So in a way, Adira’s story ends up mirroring mine. Just after I told people in my life, so did Adira. Definitely not the most common coming out story, but it was scary, special, and life changing (as they usually are).”  Discovery is Blu`s first major acting gig since drama school.

Trans actor Ian Alexander will portray Gray, an unjoined Trill whose life takes an unexpected turn. Ian has been on screen before in Netflix drama The OA.

The third season is due to premiere in the UK on Netflix on Friday 16th October a day after it`s US premiere on CBS All Access.