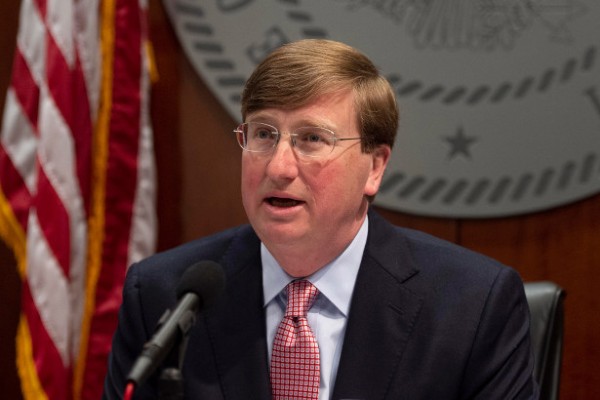 Mississippi governor Tate Reeves has criticised Joe Biden for supporting the LGBTQ+ community, saying he is ‘pushing children to be trans’. Biden recently passed an executive order calling for trans inclusion in school sports, which states: “Children should be able to learn without worrying about whether they will be denied access to the restroom, the locker room, or school sports. It is the policy of my administration to prevent and combat discrimination on the basis of gender identity or sexual orientation.” However, Reeves argued the order will cause harm to cisgender girls and is part of an effort by “politicians [who] are pushing children into transgenderism.”

He tweeted: “If there’s one thing that we are passionate about in the Reeves family, it’s my daughters’ sports.  I know that the lessons learned through team sports have led to so many successful lives and careers for women and have truly helped provide a more equal opportunity for success…I don’t understand why politicians are pushing children into transgenderism in the first place. I certainly don’t understand why the President chose to make it a priority. And my heart breaks for the young women across America who will lose in this radical social experiment.”

He added that he was disappointed in Biden’s decision which he believes is ‘wrong for America’: “I am so disappointed over President Biden’s actions to force young girls like them to compete with biological males for access to athletics. It will limit opportunities for so many competitors like my daughters. It is bad policy and it is wrong for America.” However, a recent study by the Centre for American Progress (CAP) has found trans inclusion in school sports poses no threat to cisgender youth, suggesting that anti-trans rhetoric is based on “scare tactics, stereotypes, and unwarranted claims” rather than facts.