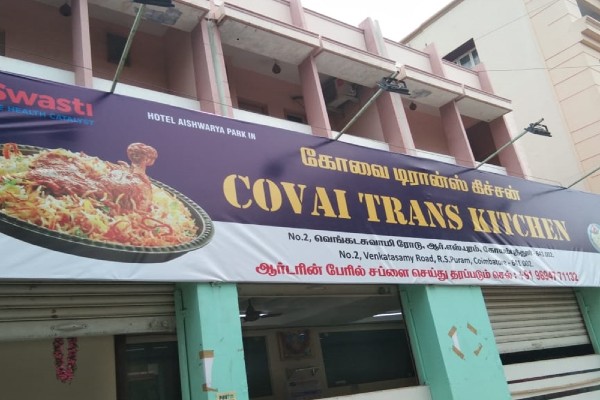 The Covai Trans Kitchen in Coimbatore (India) has found major success since opening at the beginning of this month. The 32-seater restaurant aims to bring a greater level of trans inclusion into the local community, as every staff member identifies as trans. It has been so positively received that a second restaurant is due to be opened.

The idea was formed in the wake of the coronavirus pandemic, as Coimbatore District Transgender Association president Sangeetha realised unemployment was rife in the trans community. Sangeetha, who has been running her own canteen for over 15 years, told the Indian Express it was initially difficult to find a location for Covai Trans Kitchen, as many were hesitant to provide space for rent due to negative attitudes towards the trans community.

However, the restaurant has been popular with local people. She continued ‘the public and local media have been very kind to us’ and said a second restaurant is due to open in six months. She hopes the second site will ‘provide more job opportunities’ for the trans community in India.