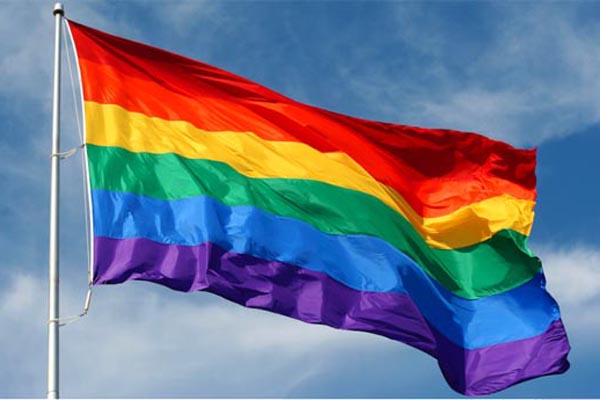 Rainbow Flag to be dedicated on Wednesday, October 11 at Stonewall National Monument on Manhattan’s Christopher Street.

The Rainbow Flag, the international symbol of LGBT+ liberation and pride, will be unveiled in a special ceremony at noon, on Wednesday, October 11 at the historic Stonewall National Monument, in New York, where, thanks to the efforts of activists, it now claims a permanent home.

This historic event marks the first time that the LGBT+ flag waves over federally-funded land, under the permanent stewardship of the National Park Service.

The event will be compered by Gay USA television co-host Ann Northrop. Performers will include Telly Leung, who plays the title role in Disney’s Aladdin on Broadway and Cantor Steve Zeidenberg of Congregation Beit Simchat Torah.

“It is a victory for our Community to have these symbolic colors flying majestically over our Stonewall, designated as a National Monument by President Obama, even as our LGBT+ brothers and sisters are under attack by the current regime in power,” said Michael Petrelis.

He went on to say: “As we gather today, we are reminded of another October 11, thirty years ago, when the names of our fallen comrades were symbolically celebrated on another national monument – the AIDS Quilt — during the reign of another President who waged an attack against us.”

October 11 marks the thirtieth anniversary of the historic 1987 March on Washington for Lesbian Gay Rights – when the NAMES Project AIDS Quilt was unfurled on the National Mall.

The date also marks the annual National Coming Out Day, a day celebrating the idea that all members of the LGBT+ communities should be able to live their lives openly, honestly, and with pride.

The flag, which was originally designed by the late artist and activist Gilbert Baker, consists of six stripes: red, orange, yellow, green, blue, violet and flown horizontally, with the red stripe on top, as would appear in a natural rainbow.

Support for the ceremony is being generously provided by Broadway Cares/Equity Fights AIDS.

Gilbert Baker died in New York City on March 31 at the age of 65.

The Stonewall Inn was added to the National Register of Historic Places in 1999.