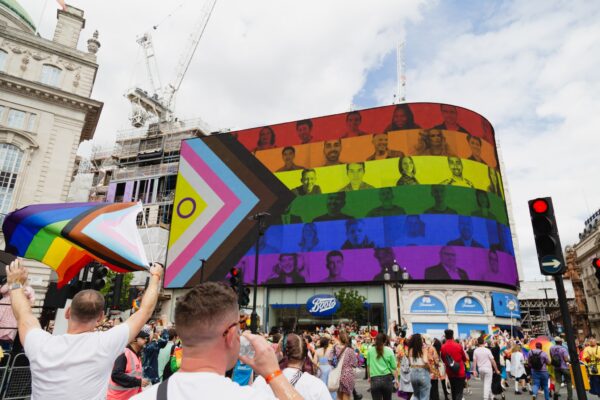 In a Facebook post, the organisers said: “The team at Pride in London has worked hard to build an environment that welcomes all members of the LGBTQ+ community, from all walks of life, wherever they may be from, and whatever their personal reasons for participating in Pride may be.

“Our previous mandate culminated on July 2, 2022 when we held the UK’s largest ever Pride event, the 50th anniversary of the first march in the UK. Over 1.5 million people took to the streets of London to cheer on the parade and enjoy the performances and appearances from artists and LGBTQ+ personalities which took place across five central London stages.

“Following this landmark event, we are honoured to share the news that we have been nominated for a number of awards, in recognition of 2022’s milestone Pride event.”

Pride in London has revealed it is looking forward to working with partners and stakeholders to continue building on recent successes, and to push forward in advancing relationships with LGBTQ+ grassroots communities across the capital.

Christopher Joell-Deshields, Pride in London CEO, said “We were ecstatic to be back on the streets of London in protest and celebration in 2022 with #AllOurPride. We look forward to London’s LGBTQ+ communities coming together again on July 1, 2023 as we continue to show up for visibility, unity and equality for all LGBTQ+ people”.

From January 2023, Pride in London is calling for volunteers and registration to participate in next year’s event, CLICK HERE for more info.