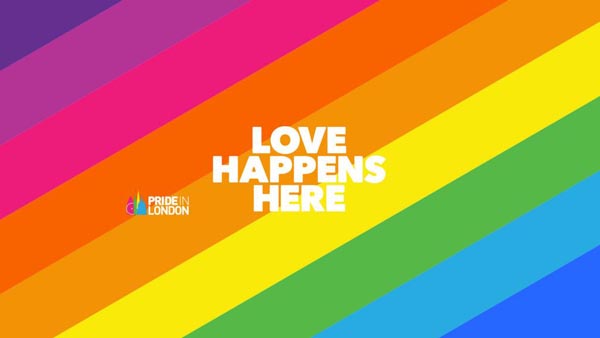 Showcasing the full spectrum of London and its LGBT+ communities, this year’s London Pride festival will celebrate the true diversity of London’s art, history, theatre, film and music from June 24 – July 9. The theme of the Pride parade on Saturday, July 8 is Love Happens Here.

More than 60 new and returning events are expected to be a part of the two-week festival throughout the city, with highlights including:

♦     A Big Gay Iftaar, bringing together the Muslim and LGBT+ communities to open a fast together during Ramadan

Mayor of London, Sadiq Khan said: “London’s LGBT+ community is one of the largest in the world, and I was proud to lead last year’s Pride march and to be Mayor of a city that doesn’t just tolerate diversity, but truly embraces and celebrates it. This year’s Pride in London programme reflects the full spectrum of the capital’s LGBT+ community and I urge all Londoners to immerse themselves in the festivities, proudly wave the rainbow flag and make this year’s Pride in London the biggest and most colourful yet.”

Visitlondon.com, London’s official guide to the city, is the digital home and partner for this year’s festival. A dedicated website visitlondon/Pride-in-London will launch on May 19 to provide information and inspiration for visitors to the festival and parade day.

For more information about Pride in London, click here: