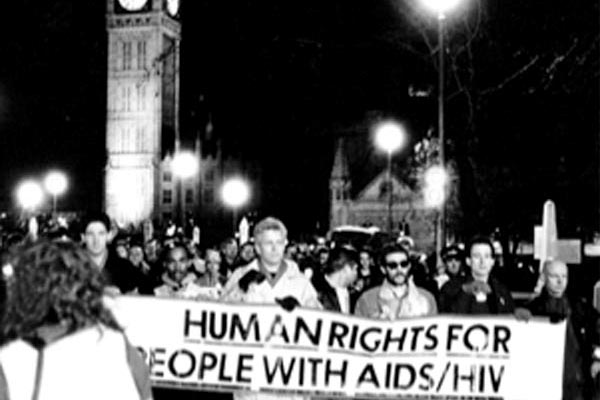 Central City Media release AFTER 82 via home entertainment on June 20, 2019, previewing in cinemas with events in major cities across the UK.

AFTER 82 brings to the screen the previously undocumented personal stories of the AIDS crisis in the UK. Narrated by Dominic West, Ben Lord and Steve Keeble, this compelling documentary looks back to the very early days of the pandemic when there were no medications available and a positive HIV test meant almost certain death.

Many of those featured have never spoken openly to the media about those traumatic early days, and this may be the only time they will do so.

The film features interviews with the actor Jonathan Blake (portrayed by Dominic West in the BAFTA-winning film Pride) who has lived with the virus for over 30 years. Dr. Rupert Whitaker was still a teenager when he fell in love with Terrence Higgins. The romance was not to last as Terry sadly died from virus complications on July 4, 1982, making him one of the first people to die from an AIDS related illness in the UK. Rupert also discovered that he too was HIV positive and given eighteen months to live, but here he recalls his memories of Terry and life since.

Lord Norman Fowler was part of Margaret Thatcher’s government and is the only man to have changed her mind about the then escalating crisis in the UK. Thanks to his persistence and massive campaign surrounding HIV/AIDS during the 1980s HIV infections started to decline and he is now one of the most respected ministers in the UK and gay community for his supportive work.

Further interviewees, such as the renowned campaigner Peter Tatchell and Lisa Power OBE who co-founded Stonewall, provide testimonies and insight to an era where hysteria from fear spread across the world through lack of knowledge and understanding.

AFTER 82 is a remarkable testament to human compassion, strength, love and resilience and ensures that those voices will never be forgotten.