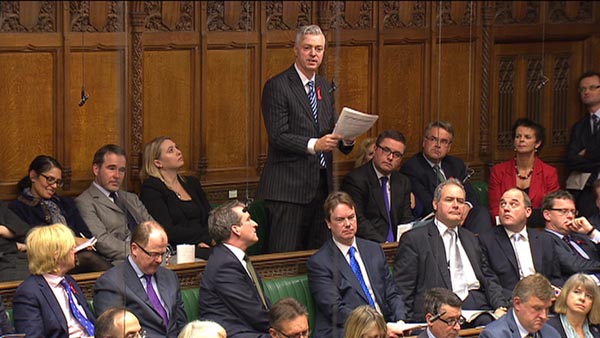 Earlier this year, The Chancellor of the Exchequer announced £75 million of funding for improvements to the A27 east of Lewes.

The county’s MPs (Simon Kirby – Brighton Kemptown and Peacehaven, Maria Caulfield – Lewes, Amber Rudd – Hastings and Rye, Caroline Ansell – Eastbourne, Huw Merriman – Bexhill and Battle and Nus Ghani – Wealden) met in Westminster with the Minister to ensure that the best way would be found for spending the money, clarifying their desire that the money be put towards a large-scale, ambitious project to alleviate current capacity and safety issues.

The meeting was organised by Simon Kirby MP, chair of the A27 Reference Group, which is composed of local MPs, councillors, council officers and other interested parties and campaigns for improvements to the road.

Concerns were raised about very high levels of congestion on the road and its safety record. The issue was also raised that other, smaller roads in the area such as the A259 coast road are having to bear some of the burden of a main trunk road that is not fit for purpose.

The MPs said that they wanted the £75 million to be a down payment on a major solution, ideally a new or significantly widened A27, rather than taxpayers’ money being spent on minor adjustments to junctions and smaller things such as tree planting, which will have no significant overall effect in alleviating congestion and supporting the economy of the county.

Andrew Jones MP agreed that the A27 would appear to be a prime candidate for additional investment as a major road in the region and the fact that it is still single carriageway. He outlined a major new Government road investment scheme to be introduced early next year and recommended the group bid for some of this funding when nominations open. He added that the fact that a new road appears to have cross party support and is favoured by all tiers of local government in the area, as well as having widespread support from residents and local businesses, increased the chances of a successful bid.

The group said: “The £75 million already announced for the A27 in East Sussex is, of course, fantastic news but we are very keen that this money be spent in the way that brings the greatest benefit to local residents, businesses and visitors to the area.

“We are fighting for funding for a whole new road and it is great to hear the Minister be so supportive of our aims.”