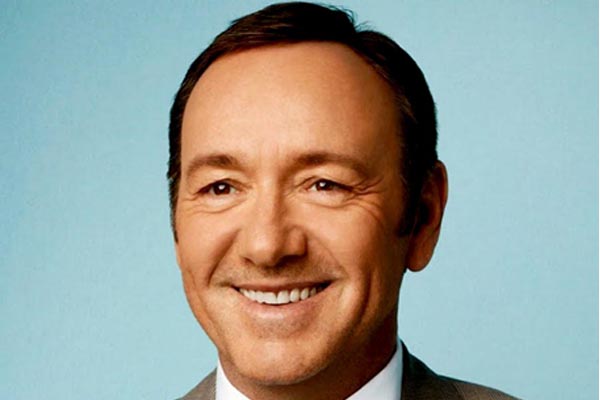 As the skeletons of sexual misconduct began to pour out of Harvey Weinstein’s closet and unlock the gates of the palace of Westminster, a quiet yet uncomfortable thought slipped into my thoughts that ‘it won’t be long before one of those skeletons comes along waving a rainbow flag’.

However, I was still unprepared for the Kevin Spacey statement this week. The allegations themselves are a whole other debate, that I was not surprised by them is in itself a depressing indictment on our times but Mr. Spacey’s response has drawn ire from all corners of the international LGBT+ communities.

Kevin Spacey has during his illustrious career, remained publicly private about his sexual orientation. Rumours have abounded for decades, and a few knowing eyebrows raised when Mr. Spacey was robbed whilst walking his dog in a South London park at 4.30am when living in London during his ten-year stint as artistic director of The Old Vic Theatre.

Apparently “the dog really needed ‘to go’”. But let us not mock the midnight needs of a single man and his dog, private lives are private. There is no rule that states LGBT+ people famous or otherwise, must buy into the coming out parade and adorn themselves with rainbows or politically champion our equality and need for change. It would be nice if they did, some do, all do not have to, life is about choices.

Interesting then Spacey should choose the exact moment to publicly acknowledge his homosexuality, when responding to an allegation that when 26 years old, he attempted to seduce a minor. An actor he had been working with who was 14 years old. Mr. Spacey has not denied the allegation although he does state that he has no memory of it. He also apologises to the actor, Anthony Rapp, in particular for “the feelings he describes having carried with him all these years” and for what would have been “deeply inappropriate drunken behaviour”. The remainder of his statement almost seeks to explain his actions in stating that; “this story has encouraged me to address other things about my life…. I have loved and had romantic encounters with men throughout my life, and I choose now to live as a gay man. I want to deal with this honestly and openly and that starts with examining my own behaviour”. You may describe lifting a 14-year-old boy on to your bed, and laying on top of him whilst drunk ‘a romantic encounter’, but I do not.

In response, fellow LGBT+ performer Wanda Sykes responded on twitter saying “you do not get to choose to hide under the rainbow” whilst Sue Perkins accused Spacey of throwing an entire community under the bus.

The LGBT+ communities, gay men in particular, will find disclosures such as this challenging to respond to, but we should think carefully before high fiving our female friends and their ‘me too’, then defending our own kind claiming sexual orientation torment, gay confusion and heteronormative repression as a reasonable excuse for sexual misconduct.

We were all tormented, confused and repressed – me too. But in this instance Spacey was 26 and his confusion and torment 14 years old.

The rainbow is a badge of honour not an exit visa out of self-responsibility. There are now, it seems, other allegations beginning to surface, not involving teenagers per se, but a potential abuse of position seems not unlikely.

I am not, in turn, throwing Kevin Spacey under the bus. Sexual repression is truly devastating and dangerous and we do not talk about it enough. If we are not free to make relationship mistakes as a youngster then we will make them as a grown up, time and again, trust me. It is dangerous and devastating. But so is making sexual advances upon a vulnerable teenager.

Kevin Spacey is also not an idiot. Acting aside, and he has demonstrated excellence in the field, he is a talented, highly creative and extremely intelligent artistic visionary and director. He ran one of the UK’s most highly thought of producing theatre’s for ten years, he is smart, and he knew what he was doing.

When he wrote his response to these allegations, the same criteria must be applied to its analysis. It is a clever and well thought out attempt at deflecting responsibility for inappropriate behaviour into the field of generating sympathy and proclaiming himself to be the victim. No. Just no.