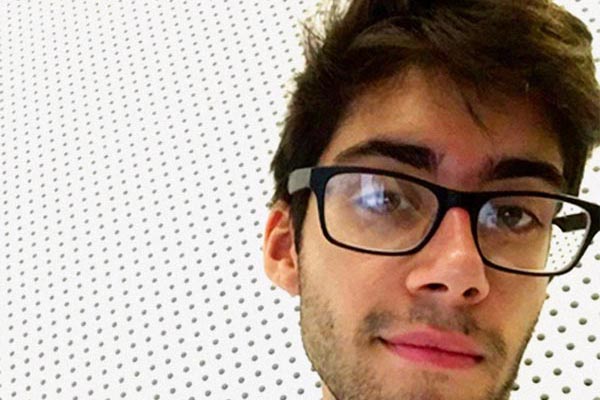 Arguably, the stigma that used to plague people with HIV has somewhat lessened. There’s less of a taboo surrounding the topic. However, I believe there’s still a lot of misinformation about HIV – especially within the youth of the LGBT+ communities.

“I don’t want to risk being with someone who has it,” a friend of mine once said, and I agreed with them at the time. I disregarded PrEP, the fact that the virus cannot spread through the latex of a condom, and all the other precautions that can be taken to ensure safer sex with someone who is HIV+.

As a gay man who grew up in London, and came out to moderately accepting parents when I was 15, I’ve always been encompassed by a very safe, privileged bubble. Three years later, now living in Brighton, the same still applies.

I’ve never knowingly met anyone who has tested positive to HIV. I’ve never experienced the homophobic abuse that tragically still occurs so often and I’ve never received any kind of official sexual health education. Previously, I’ve written about the internet being my main source of information for gay  sex, expressing my frustration with education not tackling the plethora of new problems arising with modern-day culture.

HIV isn’t necessarily a new phenomenon, unlike the unrealistic body expectations and standards set through the glossy apps of Instagram and Snapchat, but it’s still not really being taught in schools. Almost every queer person I’ve ever met who has actually had some form of sex education has only been taught the most basic heteronormative definitions of sex and contraception. Penis, vagina, pregnancy. That’s it.

Gay history is multifaceted; more recent years have spurred some very celebratory occasions, such as the legalisation of same-sex marriage which marked a huge moment for the LGBT+ civil rights movement, but the darker side of gay history, such as the AIDS epidemic in the 1980s, tends to not be acknowledged by the younger gay generation as much as it should.

This could stem from a lack of education about LGBT+ history in general. It didn’t happen that long ago and so some people may feel it’s insensitive to talk about it when there are people alive, to this day, who lost their friends, their lovers, during it. The point is schools barely teach straight kids about sex, how are the gay youth supposed to know about HIV, safer sex, the history of the LGBT+ movement?

Being raised in Roman Catholic education, I had to use the internet and spiralled down the web many times using my own prerogative to learn what I wanted to learn. If I hadn’t taken that initiative, I would have had to learn through experience, a way more dangerous practice.

Some would say that used to be the case, before easy-access internet, when there weren’t really other options being a gay man in a society that practically condemned you. While that may be the case, hook-up culture (changed in recent years with the explosion of gay dating apps) seems to have made us less cautious.

Shouldn’t it be the opposite since we have the means and the information now, to be more careful? A no-strings-attached one-time Grindr fling could have lifelong consequences, which is why I can’t stress enough the importance of educating yourself and getting tested.

As already mentioned, the stigma around HIV has, thankfully, declined but that doesn’t mean that our attitudes towards unsafe sex and contracting STDs and STIs should be nonchalant.

HIV is more manageable than it’s ever been before but it’s important to recognise that your choices have consequences. By all means, have fun and explore your sexuality, but always be aware of the risks and know what you’re possibly getting into.

You can live your life normally as someone who is HIV+, of course, but it’s something you have to live with for the rest of your life.

Knowledge is power. Know how to practice safer sex and know how to get help if you need to.