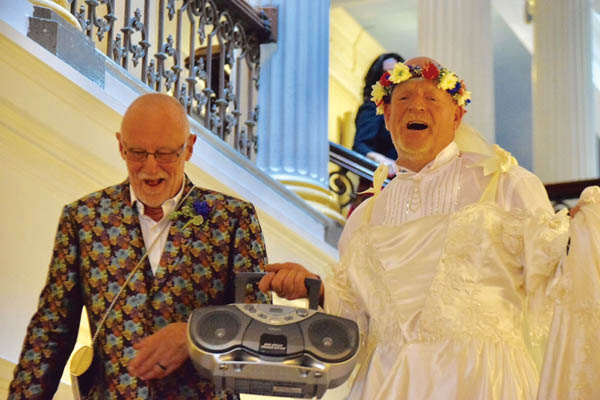 As a  youngster, I assumed the day would come when I would know all there was to know about life, love and happiness. The reflecting, the neglecting, the mistaking, the breaking, the betting, the fretting, the yearning, the learning would all eventually subside, and after the maelstrom of tortured youth, I would be ready to set out upon the road of life with all that I had gathered packed neatly away, ready to assist me in my adult years.

Perhaps for some this is the case, but as my youth felt like a psychological disaster it took me until my late-30s to sit comfortably with the idea that the learning will never end. That I’ll continue to misjudge, although perhaps not as often, that I’ll make mistakes, although hopefully no longer critical, and that life is made up of all of those experiences, even the ones you do not wish to have. That with discomfort comes exhilaration and this will run and run until I no longer can. Know that, make peace with it, and then get on with all of it.

On July 29 this year, one week before Pride, I had the privilege of being an invitee to the Civil Partnership of Wayne and Alan. With a combined age of 132, and having only found one another within the year, my heart was already in romantic meltdown at the hope and wondrous possibility of it all, but this was not to be like other weddings.

As the dress code invited the prospective congregation to “drag yourself up or dress yourself down” this was one Mary who needed little encouragement and upon arrival at Brighton Town Hall, I don’t believe I’ve ever been part of a wedding party or congregation united in such diversity. Of course there was your standard wedding guest fare, suits and fascinators, but also elaborate head-gear, flamboyant shirts, skirts and multi-coloured flower garlands. T-shirts, jeans, trainers, boots and killer heels. In other words, wear what you want. Be yourself.

Wayne, who in all my previous dealings of 17 years had been so unassuming, stood central to it all in an elegant jacket and waistcoat that screamed ‘notice me and every one of my 72 years’. And then Alan arrived.

To say we were stunned would be to generalise a conservative response which would be inaccurate and unfair, but some were, some initially bemused, most and then all applauded as Alan emerged into the entrance hall dressed in white. And over the top of his white trousers and diamanté decorated shirt, a beaded ivory wedding dress. And in that moment, (and I mean this entirely positively and respectfully) I felt a complete infinity and togetherness with one so Queer. To be at will subversive, to be whatever you want, whenever you want and however you want. For him to claim in that moment, this is for me, for us, however we choose to do it and to hell with your historic convention. To colloquialise: “I’m ‘avin this”.

Following the ceremony, the entire party walked through the streets from the Town Hall to the reception on the outskirts of Kemptown. Cars tooted, shoppers stood and applauded, and diners in restaurants pressed their faces to the windows of Brighton’s array of eateries. What united our audience was the sheer look of joy and celebration on the faces of our onlookers. As this diverse band of the queer to the conservative through the colourful and creative, we inspired joy in others.

How simple I thought, to allow people to ‘come as you are’ and yet to dare to be different, to challenge convention seems such a challenge to us every day. People just don’t, and why not? Be brave. Be brave.

There’s so much more to say, but instead I’ll leave you with Alan’s speech from his and Wayne’s Civil Partnership ceremony.

“Some of you may have been shocked and some of you may have laughed or just wondered why I turned up the way I did today. The simplest answer is because I can. I’m allowed to. Our society says I can. Fifty years ago the law changed and what Wayne and I are doing changed from being impossible and a pathway to prison, to just impossible.

For the first ten years of my life it was illegal to be gay. To admit it meant ridicule, shame and loss of family, friends and career. For the next 37 years it was not possible to have a legally recognised partnership. For another nine years marriage was not allowed. For the last three it has, but not in a mainstream church in England and Wales. So I can be the bride here, but not in church. So not fully equal yet then.

I also did it because I owe it to so many people who are not here, that should be here, but were wiped out by a killer virus. I watched a lot of my friends die, and I mean dozens, and I was amazed at their bravery and all the time I felt like a coward. Some live in my head forever, helping me and telling me… be brave, be brave. So for them, I came here, in public as a bride on the way to my wedding, unashamed and proud. Proud to be who I am, to become as one with the man I chose, Wayne. To love him and look after him.

For once, it’s a wedding of sorts, not a funeral where I get to talk about my friends and it’s a celebration not a commiseration. I could not be happier than I am right now, and I thank all of you for coming here to witness it.”