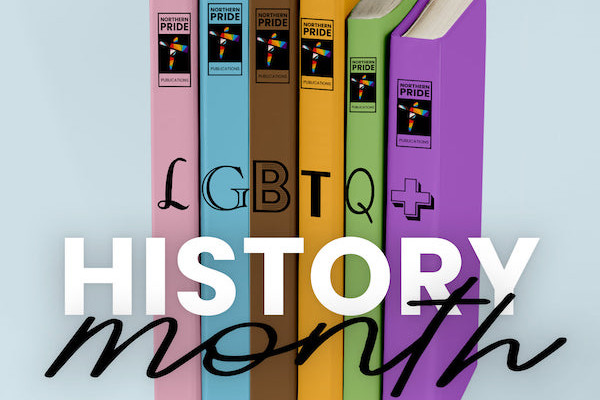 Northern Pride, which organises the annual Pride celebration in Newcastle, has revealed a packed schedule of virtual events, including children’s entertainment, DJ sets and discussions, to stream throughout February for LGBTQ+ History Month.

Sponsored by Newcastle’s Eldon Square shopping centre, the event kicks off from Sunday, February 7 at 11am with story time with children’s educators Pop’n’Olly, followed by a conversation around the importance of teaching LGBTQ+ history in schools.

The following weekend, singer-songwriter MXYM will be one of the artists performing live on Saturday, February 13, where they will also share their LGBTQ+ icons and how they have influenced their music.

A panel of teachers will discuss the impact of the now repealed Section 28 and how LGBTQ+ history is taught on the current curriculum on Friday, February 19 and a date is still to be announced for an interview with Dom, of film project My Genderation, about the history of the Gender Recognition Act and the continuing fight for equality for the trans community.

On Tuesday, February 23, viewers can join a panel discussion looking at the contributions of LGBTQ+ key workers serving in the Armed Forces and emergency services, then, music fans will have another chance to listen to their favourite tracks with a live DJ set from Northern Pride Festival favourite Michael Maddison on Friday, February 26.

Northern Pride will also be exploring key moments in LGBTQ+ history, ranging from the AIDS crisis in the 1980s to the more recent Black Trans Lives Matter march in London last year.

Ste Dunn, director of Northern Pride, hopes the virtual events will be the start of a wider conversation lasting longer than just one month.

“LGBTQ+ History Month is not only a fantastic opportunity to look back at the great activists who fought for their rights in the past, but also a time to look forward at the battles the community still has to overcome,” he said.

“We’ve got some excellent performers and speakers lined up over the month and we are looking forward to having some really positive discussions on a range of important topics.”

The events will be streamed live on Facebook HERE and YouTube HERE. Audio listeners can also tune into the Insight podcast at the website for Northern Pride’s digital magazine.