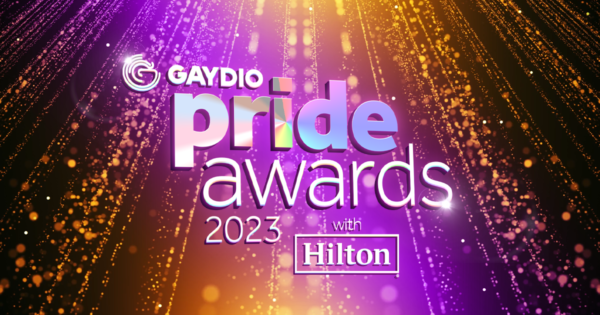 Gaydio – the LGBTQ+ station for the UK – has revealed the nominees for their 2023 Pride Awards.

Birmingham Pride and Brighton & Hove Pride are nominated for Major Pride of the Year, alongside Manchester Pride and Pride in London. Birmingham Women’s and Children’s NHS Trust LGBT+ Staff Network is nominated for the Pride Network of the Year category, while The Werkroom in Stoke-on-Trent is a nominee for Venue or Event of the Year.

Trans Pride Brighton, the first and largest Trans Pride event in Europe, is a nominee for Grassroots Pride of the Year along with UK Black Pride and Chesterfield Pride.

Nominations could be made by anyone before the deadline on December 4, and then it was up to the Community Panel who are responsible for deciding the shortlist of nominees, and then the winners of each category (apart from the Music Artist of the Year, which is voted on by Gaydio listeners).

“The community panel are independent of Gaydio and work across a variety of sectors both publicly and privately,” explains the Gaydio Pride Awards website. For the 2023 awards, this panel is made up of Lady Phyll, Dr Carl Austin-Behan, Ste Dunn, and Danielle St James.

The Gaydio Pride Awards with Hilton will be held on Friday, February 10 at the Hilton in Manchester. Further information about the various categories, nominees, and entertainment for the evening can be found online.