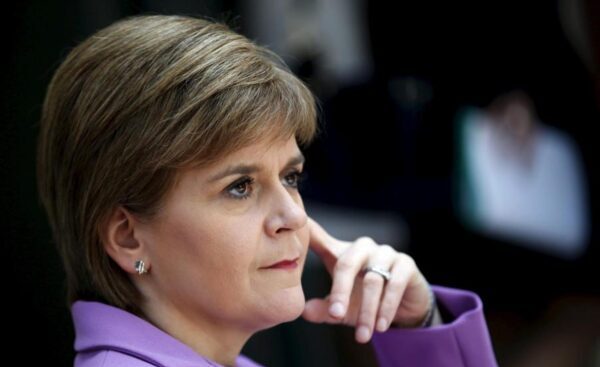 Scotland’s First Minister Nicola Sturgeon has warned it is ‘inevitable’ that she will seek a judicial review following blocking of the Gender Recognition Reform (Scotland) Bill, branding it a ‘full-frontal attack’ on Holyrood.

Ms Sturgeon was speaking as the UK government formally moved to block the legislation that was passed by the Scottish Parliament last month.

The reforms are intended to make it easier for trans people to change their legally-recognised sex. But the UK government says the changes could impact on equality laws that apply across Great Britain.

Scottish Secretary Alister Jack wrote to Ms Sturgeon to inform her of the UK Government’s decision.

He said: “After thorough and careful consideration of all the relevant advice and the policy implications, I am concerned that this legislation would have an adverse impact on the operation of Great Britain-wide equalities legislation,’ he said in a statement.

“Transgender people who are going through the process to change their legal sex deserve our respect, support and understanding.

“My decision is about the legislation’s consequences for the operation of GB-wide equalities protections and other reserved matters.

“I have not taken this decision lightly. The bill would have a significant impact on, amongst other things, GB-wide equalities matters in Scotland, England and Wales.

“I have concluded, therefore, that this is the necessary and correct course of action.”

Ms Sturgeon responded by tweeting: “This is a full-frontal attack on our democratically elected Scottish Parliament and its ability to make its own decisions on devolved matters.”

The bill allows trans people to self-identify without a medical diagnosis of gender dysphoria, and lowers the minimum age that Scots can legally change their gender from 18 to 16.

It also cuts the timescale for obtaining a gender recognition certificate (GRC) from two years to three months for over-18s.

In order to prevent the Gender Recognition Reform (Scotland) Bill from becoming law, the UK Government must make an order under Section 35 of the Scotland Act 1998.

The move is the first time UK ministers have used a Section 35 order since devolution more than two decades ago.