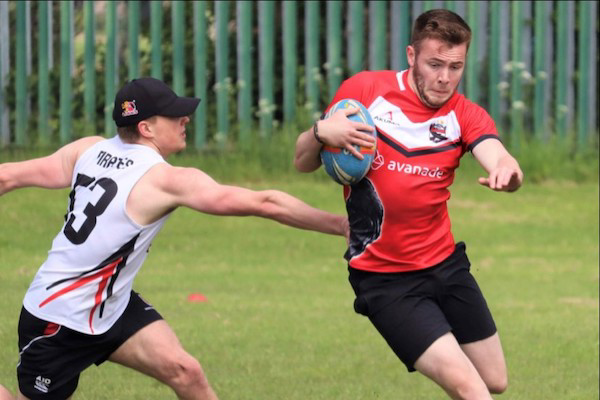 LGBTQ+ charity, Northern Pride, has teamed up with a popular North East rugby club to celebrate its first ever touch rugby tournament.

Inclusive team, Newcastle Ravens RFC – which is made up of LGBTQ+ players and allies – is hosting the Northern Pride Cup on July 24, at Percy Park Rugby Club, North Shields.

And Northern Pride, organisers of the annual Pride celebration in Newcastle, is delighted to lend their name to the cup – with six mixed teams competing for the victory.

Sports fans can head along to cheer for their favourite teams from 10.30am – 5pm, including the Percy Park Pirates, Whitley Bay Black Adders, Saxon Crusaders, Stockton Touch and Alnwick RFC, with a barbecue after the tournament finishes.

Bas Olthof-Bakker of Newcastle Ravens RFC, hopes to see a good turnout at the event. “We’re really looking forward to hosting our first ever touch rugby tournament and there are some great teams taking part so it’s sure to be a tough competition,” he said.

“This will be the first time they’ll be competing for the Northern Pride Cup so there’s even more to play for and we hope fans will come out to show their support for their local clubs.

“It’s certain to be a fantastic day out celebrating our favourite sport and everyone is welcome to stay to toast the winners with a barbecue and a drink at the end of the day.”

All the clubs taking part will have a chance to take part in a coaching session with some leading touch rugby professionals.

Ste Dunn, director at Northern Pride, believes it will be a day sports fans won’t want to miss. “We are huge fans of Newcastle Ravens RFC and their commitment to creating a safe space for everyone to enjoy their favourite sport, regardless of gender, sexuality or background,” he said.

“We’re delighted that the teams will be competing for the Northern Pride Cup later this month and we can’t wait to see who will come out victorious.”

For more information on the Newcastle Ravens RFC, CLICK HERE