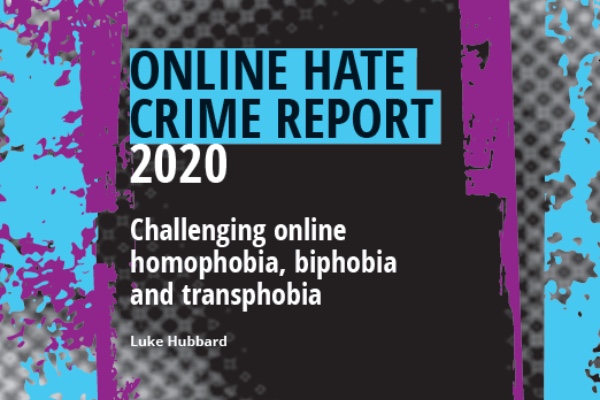 Some of the shocking key findings of this report, drawn from a survey of 700 LGBTQ+ people in the UK, show that:

“Despite progress on LGBT+ rights, online platforms remain hostile environments for many LGBT+ people. This report offers a sobering reminder of the harms caused by online hate. It targets individuals, poisons social discourse and limits opportunities to live open and fulfilled lives.

At Galop we value free speech. It is a cornerstone of our society that allows oppressed groups to speak up for our rights, even when we are considered dangerous, immoral or illegal. However, free speech is increasingly used as a fig leaf to legitimise hatred. To remedy that we hope this report will spur urgent action to create practical, legal, regulatory frameworks to tackle online hate and support those targeted.”

“Recorded anti-LGBT+ hate crime has doubled in the last three years. This is reflected in the escalating scale, severity and complexity of online hate cases we are supporting at Galop. We hope the findings and recommendations of this report will act as a springboard for action.

My thanks to Luke Hubbard for producing this report, Melanie Stray for designing the survey and the rest of the Galop team who work hard every day to make life safe, just and fair for LGBT+ people.”

Galop is the UK’s leading LGBT+ anti-violence charity. For the past 35 years we have been providing advice, support and advocacy to LGBT+ victims and campaigning to end anti-LGBT+ violence and abuse. Galop works within three key areas; hate crime, domestic abuse and sexual violence. Our purpose is to make life safe, just and fair for LGBT+ people. We work to help LGBT+ people achieve positive changes to their current situation, through practical and emotional support, to develop resilience and to build lives free from violence and abuse.