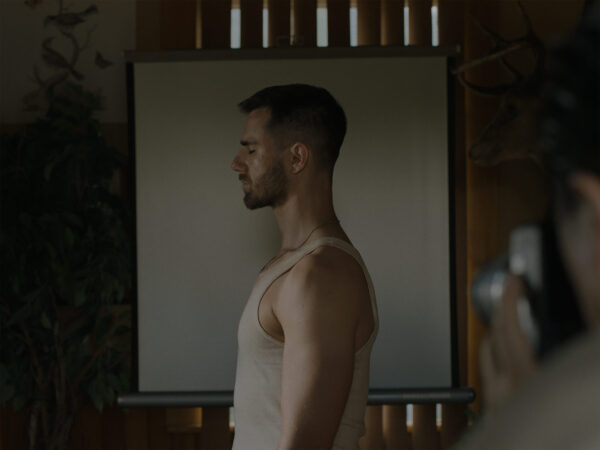 Casey House – a hospital in Canada providing care to those living with and at risk of HIV – is utilising cinematic horror to bring attention to HIV stigma. Others – directed by filmmaker and screenwriter Paul Shkordoff – sets out to highlight the impact of judgement and what it can feel like to be haunted by stigma. According to Casey House, this film “marks the first time a professional actor living with HIV was intentionally cast to play an HIV+ lead protagonist”.

“As a hospital that strives to create an inclusive environment where everyone feels safe, we’re also tackling the deeply ingrained stigma associated with HIV,” says Joanne Simons, Casey House CEO. “Others will spark needed conversation on the impacts of stigma that people living with HIV face every day. Horror is a genre that allows for complex social issues to be presented in a compelling way. An evolution of the hospital’s ongoing #SmashStigma initiative, the Others campaign looks to harness the power of fear – which fuels stigma – to spark conversations around outdated misconceptions about HIV.”

“There are various reasons why horror films are capable of triggering strong emotional reactions related to fear,” adds Dr. Joseph LeDoux, Professor of Neuroscience at New York University. “Research shows that both traditional fight-or-flight responses, and an individual’s personal and prior experiences, contribute to how one will respond to horror films. I believe that the unique power of horror films is that they bring on an immediate response in a relatable and engaging way in a safe setting.”

“When I first read the Others casting call for an HIV+ actor I thought this sounded like an interesting project I wanted to be a part of,” says Peter McPherson, UK-based actor and lead protagonist of the film. “But when I read the script, I instantly felt an intimate connection to the character. I get what the character has gone through,” he continues. “I’ve experienced the fear that stigma creates.”

While Others is a work of fiction, it was inspired by the lived experiences of HIV+ individuals, six of whose stories are featured at the end of the film.

“The effects of discrimination are felt by the HIV+ community every day,” says Alex, a documentary participant involved in the project. “This film is a powerful tool in showing audiences the repercussions of discrimination while sharing stories from HIV+ individuals who continue to overcome stigma.”

To watch the film, CLICK HERE and use #smashstigma to get involved on social media