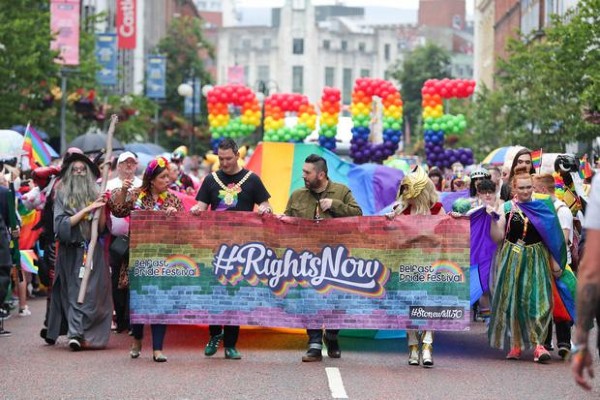 The Northern Ireland Assembly voted 59 to 28 in favour of a motion calling for a national ban on LGBTQ+ conversion therapy on April 20. According to the Belfast Telegraph, the Ulster Unionist Party (UUP) introduced the motion and stated it was “fundamentally wrong to view our LGBTQ+ community as requiring a fix or cure”. All major political parties, besides the right-wing Democratic Unionist Party (DUP), voted in favour of the motion.

Following the vote, UUP representative Doug Beattie said: “I am delighted that we were able to bring this issue to the floor of the Assembly. Since our motion was announced we have seen a swell of vocal support across all sections of society for a ban on this harmful practice.” He also said that conversion therapy has “no place in our society.”

While the vote was largely symbolic, LGBTQ+ activists are hopeful it will lead to a concrete ban on the controversial practice, with Fergal McFerran of Stonewall Northern Ireland saying: “For years, LGBTQ+ people here have relied either on Westminster or the courts to deliver progress for our community. Today is a signal that provides hope that the Executive can and should be the first government on these islands to deliver a ban on conversion therapy practices in every setting in which they occur.”

The UK parliament is also debating a national ban on conversion therapy, with the UN recently urging authorities to do so in order to “protect the life, dignity, health and equality of LGBTQ+ persons.”