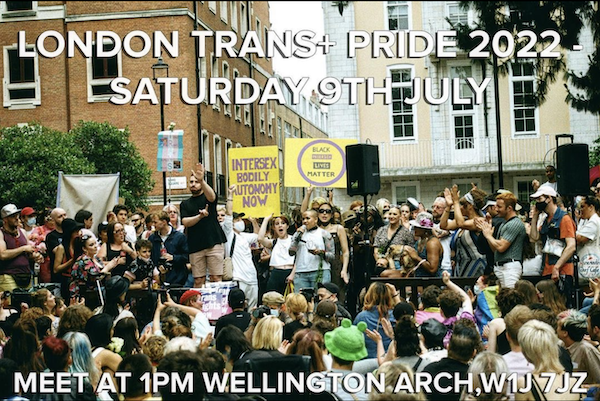 Organisers of London Trans+ Pride have announced the event is set to make a return this year in the form of a protest march on Saturday, July 9, which will “celebrate the memory of trans lives taken and uphold the next generation of trans revolutionaries”.

The announcement from the organisers on Instagram comes after people have rallied together at events across the country to demonstrate against the exclusion of transgender people from the conversion therapy ban.

The march will be used to further demonstrate against the government’s U-turn on the conversion therapy ban as well as to call for the introduction of ‘X’ gender indicators on identity documents.