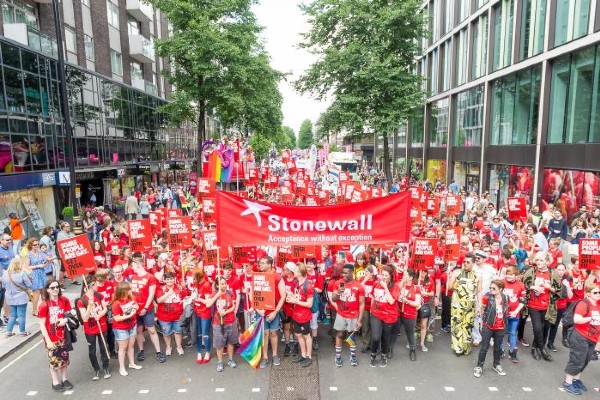 Stonewall, Gendered Intelligence, the Endocrine Society and young people’s sexual health charity, Brook, have applied to join the NHS appeal against the recent court decision to prevent trans people under 16 from accessing puberty blockers without legal permission. According to the Good Law Project, the LGBTQ+ organisations said they want to “speak for the voices that were not directly heard in the original court judgment, in particular the voice of the child”, with a hearing on January 29 deciding whether they will be able to join the appeal.

They collectively said: “The NGOs speak for the voices that were not directly heard in the original court judgment, in particular the voice of the child and the voice of prescribing doctors with expertise in the medical evidence and standard of care for transgender health.” Stonewall also tweeted: “We have applied to intervene in the appeal of the Bell v Tavistock judgement affecting trans young people’s access to puberty blockers…We are proud to stand up for trans young people and their families, and it’s vital that we all continue to do so during this period of uncertainty.”

NHS England was granted the right to appeal against the December 2020 ruling earlier this month. The initial court ruling came about when Kiera Bell, 23, brought action against the NHS after taking puberty blockers at age 16, before later detransitioning in her early 20s. Many organisations and parents of trans youth have spoken out the decision, with one parent telling i News that they are concerned their trans daughter, Emily, will take her life if she is denied access to gender-affirming healthcare, saying: “Emily was about to be referred to endocrinology after being under GIDS for three years. Her body is changing, a body she already struggles to live in, so her now not getting to access blockers is a terrible blow. Without access to blockers I don’t think she will make it through the next few years.”