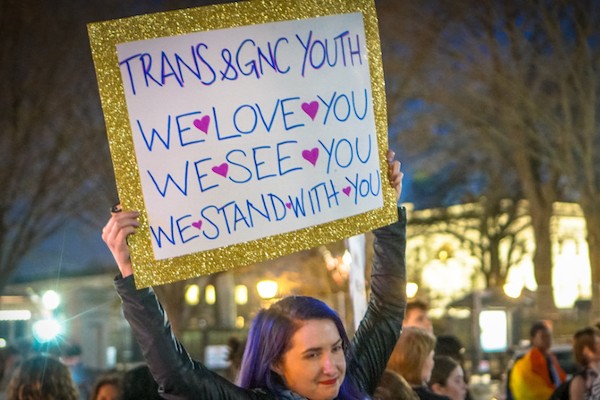 The Tavistock and Portman NHS Trust, which houses the Gender Identity Development Services (GIDS), has been granted the right to appeal against a December 2020 court ruling which would prevent trans people under 16 from accessing puberty blockers without legal permission. The new regulations came about when Kiera Bell, 23, brought action against the NHS after taking puberty blockers at age 16, before later detransitioning in her early 20s. Bell approved of the ruling, saying: “I’m delighted at the judgment of the court today, a judgment that will protect vulnerable people. I wish it had been made for me before I embarked on the devastating experiment of puberty blockers.”

However, many young trans people were left dismayed at the new developments, and both Dr Adrian Harrop from Liverpool, and GenderGP (a private healthcare provider for trans UK citizens) appealed against the court’s decision. The Tavistock Trust’s appeal has also now been granted, and will be heard before March 22 2022. Trans advocacy organisation, Mermaids, is continuing to track the case, and is currently looking into whether there is a more specific time frame in which the appeal could be heard.

The organisation said: “We are seeing first hand the anxiety and upset the High Court’s decision has caused,” and many have expressed concern about the mental wellbeing of the young trans community following the new regulations. GenderGP said: “The mental health implications of this cannot be underestimated, and the risk of self-harm and suicide must be acknowledged.” I News also discussed the recent development with families of young trans people in the UK. One parent said they are concerned their trans daughter, Emily, will take her life if she is denied access to gender-affirming healthcare, saying: “Emily was about to be referred to endocrinology after being under GIDS for three years. Her body is changing, a body she already struggles to live in, so her now not getting to access blockers is a terrible blow. Without access to blockers I don’t think she will make it through the next few years.”