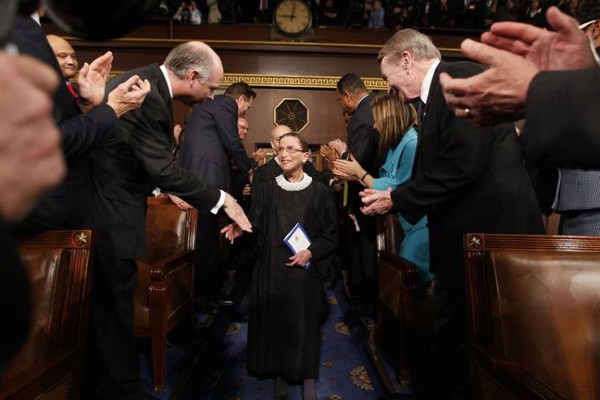 Ruth Bader Ginsburg, US Supreme Court judge for known championing LGBTQ+ rights throughout her career, has passed away at 87 after suffering from pancreatic cancer. A member of the Supreme Court since 1993 and only the second woman to become a Supreme Court Justice, Ginsburg performed multiple same-sex weddings herself. She also condemned the court’s 2018 decision to rule in favour of a bakery that refused to serve a same-sex couple, saying weddings are a celebration of love regardless of sexuality.

Ginsburg was also at the forefront of the gender equality movement in the US. She orchestrated the legal fight for women’s rights in the 1970s which made her a late 20th century feminist icon and earned her the nickname ‘Notorious RBG’.  John Roberts, US Chief Justice, said: “Our nation has lost a jurist of historic stature. We at the Supreme Court have lost a cherished colleague. Today we mourn, but with confidence, that future generations will remember Ruth Bader Ginsburg as we knew her – a tireless and resolute champion of justice.”

Tributes have poured in for Ginsburg, with UK Labour MP David Lammy saying she was the ‘most important female lawyer in the history of the American Republic’ and ‘will be missed’ by many. Ginsburg’s death is expected to spark conflict as to who will replace her, with NPR News speculating her passing will give the Republican party ‘the chance to tighten their grip on the court’ as President Trump will attempt to appoint a new Supreme Court Justice.