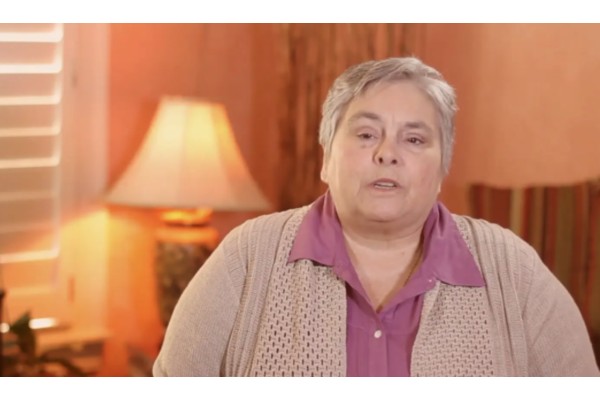 American LGBTQ+ activist Laurie McBride, best known for her work as the co-chair of the California based lobby group, Mobilisation Against AIDS, has been pronounced dead at 71 following a heart attack. McBride died on Friday December 4, leaving behind her wife of 35 years, Donna Yutzy. In the late 80s, McBride led the successful campaign against bills which would enforce the quarantining of HIV-positive people and limit their employability. She also collaborated with law student, John Duran, to draft a trailblazing bill which prohibited private employers from discriminating against workers on the basis of their sexual orientation.

Duran discussed McBride’s death with the Los Angeles Blade, saying: “Laurie was a lesbian warrior. She fought for her brothers with AIDS. So many gay men alive today are deeply indebted to Laurie for saving their lives…She was one of a kind, gentle and fierce at the same time,” adding his “heart goes out to her wife Donna”. Laurie has also been commemorated by California senator, Toni G. Atkins, who tweeted: “Her legacy lives on in the progress she fought for & in those she inspired.”

Evan Low, chair of California’s LGBTQ+ legislative caucus, said in a statement: “Laurie McBride was a true warrior for the LGBTQ+ community and a fierce ally during the HIV/AIDS epidemic. While she might not be a household name, Laurie’s leadership on numerous political campaigns and advocacy organizations saved countless lives. It should also be noted that much of this work took place at a time when not a single openly out person held elected office.”

They continued: “Laurie was an activist who knew how to craft public policy, and her commitment to equality shaped hearts and minds across California, laying a foundation for the progress we’ve seen in recent years. Her work also led to greater protections for LGBTQ+ workers here in California and across the country. We want to offer our condolences to Laurie’s wife, Donna, and express our gratitude for Laurie’s trailblazing life.”