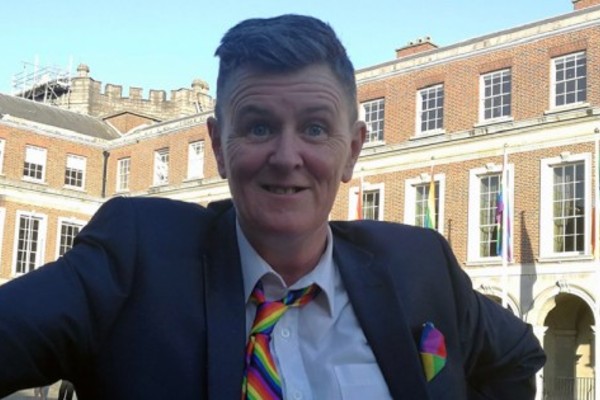 Openly lesbian LGBTQ+ activist Izzy Kamikaze was beaten at a far-right anti-face mask protest in Dublin (Ireland) on Saturday 12 September. According to The Irish Times, Kamikaze and several others were staging a counter protest to voice opposition to the group’s disregard of COVID-19 regulations. It is estimated there were nearly 2,000 protestors in total. Anti-mask protestors were seen carrying banners saying ‘take off your mask’ and ‘it’s only a common cold’.

Kamikaze told the newspaper she saw a ‘wall’ of protestors coming towards her and was then hit with a piece of wood. She continued: “I didn’t see who hit me. I turned slightly and then I was on the ground.” She was taken to hospital and treated for a head injury. Izzy said she intends to make an official complaint about the manner in which police responded to the incident. She is recovering but no arrests have been made.

Izzy is a long time LGBTQ+ activist and has a large following; she condemned the attack on Twitter, saying that violence is an unacceptable form of protest.