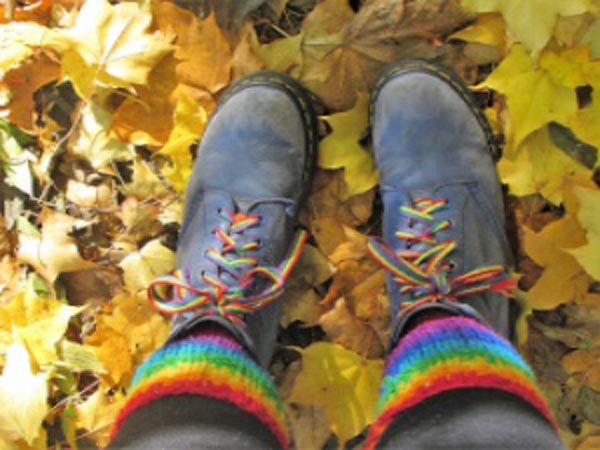 13-25 year olds in Brighton & Hove have been examining how issues faced today by young people identifying as LGBTQ+ compare with those faced by young LGBTQ+ people over the past 40 years in the city.

Into the Outside: the next chapter is an exhibition charting the responses and research produced by the group on the topic. It will include elements of the newly created queer archive for the city including photography, written responses and oral histories.

In 2016, photography and creative writing workshops, archive research and oral history training took place with the young people at both Jubilee Library and The Keep, a world-class archive resource centre that holds the archives of East Sussex Record Office (ESRO) and the Royal Pavilion & Museums Local History Collections.  The Keep also holds the Brighton Ourstory archive, the collection of a local LGBTQ history charity dating largely from the 1980s to early 2000s.

Participants have also been exploring a range of materials, including the National Lesbian and Gay Survey – a collection of autobiographical writing and ephemera submitted by over 250 people in the UK between 1986 and 2004.

The programme has been facilitated by artist Helen Cammock, who has many years of experience running high calibre projects with young people.

The Into the Outside group have worked with many different communities and at events across the city, including Pride and Trans Pride, to research and collect oral histories, many of which are included in the exhibition.

Elements of the project were included as part of 2016’s Brighton Photo Biennial as ‘work in progress’. This was lauded by local, national and international visitors to the photography festival, as well as being mentioned by the British Journal of Photography as a festival highlight.

This latest exhibition will show the group’s work as related to their investigations into the period between 1967 (which saw the Sexual Offences Act decriminalise homosexual activity) and the present day, encompassing some key historical moments for the LGBTQ+ community, such as the first Gay Pride marches, Section 28, the reduction of the age of consent, the Civil Partnership Act and the Equality Act. 2017 heralds the 50th anniversary of this significant moment.

ITO participant Charlie Snow, said: “The Into the Outside project has been a way for me to connect with the LGBTQ+ community. I’ve been able to talk to other young people about their experiences and felt listened to when I shared my own. It’s been eye-opening learning about issues faced by LGBTQ+ people in the past and how some of them are still a problem today for many. Sometimes it can be difficult when you’re trying to figure out how you identify, but being part of this project has helped me to be proud of who I am and the city I live in. ”

Juliette Buss, Photoworks Learning and Participation Curator added: “The young people taking part have been really keen to find out about the lives and experiences of other young people in the past who identified as LGBTQ+ and use this insight to create the work for the exhibition. They have been looking at what their social life was like, how they fitted in and how easy or hard it was for them coming out. This project is a valuable opportunity to help local young people feel more connected with their city and enable them explore, make sense of, and value the legacy of their cultural heritage. They are learning about the importance of archives, developing heritage skills, and build awareness of LGBTQ+ issues such as, representation, identity, emotional wellbeing and social barriers to inclusion.”

Participants for Into the Outside were recruited by an open call through social media, schools and community groups. The thirteen-month heritage-learning project is being delivered in collaboration with Brighton & Hove Libraries Services, and the Mass Observation Archive. Many other organisations from across the city are also involved including: The East Sussex Record Office, Queer in Brighton and the Brighton & Hove Aldridge Community Academies.

Into the Outside is a heritage-learning project funded by the Heritage Lottery Fund delivered by Photoworks in collaboration with Brighton & Hove Libraries Services, the Mass Observation Archive and the East Sussex Records Office. Many other organisations from across the city are also involved including local schools, Brighton Museum & Art Gallery, Queer in Brighton and Allsorts Youth Project.

Event: Into the Outside: the next chapter