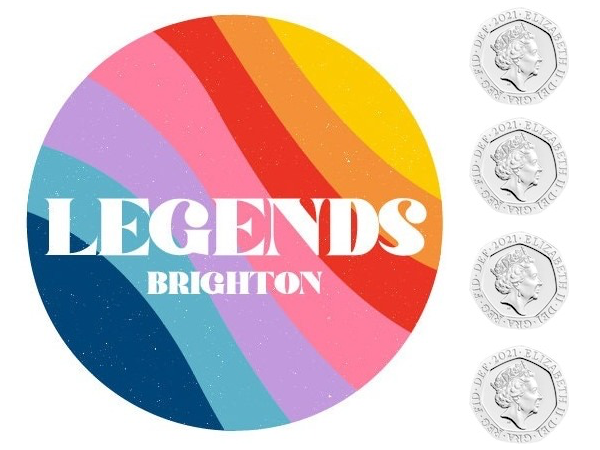 The mark the 40th anniversary of the British 20p coin, Legends Brighton will today be donating 20 x 20p’s for every £100 that passes through the tills to the Brighton Rainbow Fund, which will help top up your generous donations from Sunday’s Jubilee fundraiser.

Legends Brighton say: “Happy Birthday to this little heptagon beaut! The British decimal twenty pence coin (or 20p to you and I) turns the big 40 today! First minted on 9th June 1982, Four different portraits of the Queen have been used in her lifetime; with the latest design by Jody Clark introduced in 2015.”

The Brighton Rainbow Fund is the central hub for fundraising within the Brighton & Hove LGBTQ+ communities, and distributes grants to local projects which benefit, and make a difference, to the lives of hundreds of individuals within those communities.