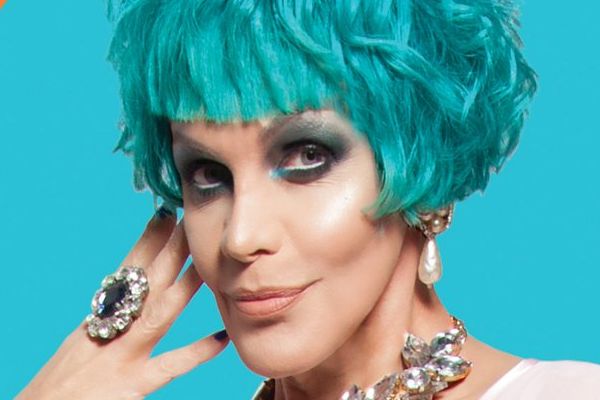 Trans Vegas has emerged as the largest trans and non-binary arts festival in the UK. The festival celebrated artists from Manchester, across the UK and internationally. After going digital in 2020, the festival will be returning with live events from 9th to 11th July 2021.

Festival events include discussions, literature, storytelling, music, film, fashion and a live, outdoor show at Homeground, Manchester on Saturday July 10th. 15,000 people tuned in to the festival last year. Highlights include Jinkx Monsoon and Peppermint: A discussion on identity in drag from the non-binary and trans stars of Rupaul’s Drag Race with Trans Creative’s Artistic Director Kate O’Donnell.

We caught up with the Kate O’Donnell, the artistic director, to find out more about Trans Vegas.

1. You launched the first Trans Vegas in 2017. What inspired you to start the event?

I felt Manchester deserved a Trans Arts festival, I adopted the ‘build it and they will come’ approach and, 5 years on, we are still fulfilling our mission to platform new trans creative voices and northern trans voices as well as showcasing national and international work.

2. How did you keep Trans Creative going during the pandemic?

Very early on in lockdown we decided to go digital ,but not to go small as the trans community needed creativity and visibility during that time. We created some very ambitious events online – most notably our international trans masculine art exhibition which was our most visited event and would have taken years to curate live.

Once again, we have gone big! City centre billboard takeovers by Jamaican trans fashion activists and our return to the stage, after a two-year gap, with a night celebrating trans music, dance and some surprise collaborations. Online we have a whole trans literature festival, film events and a specially commissioned series of bedtime stories. Plus ME having a chat about drag with RuPaul superstars Jinkx monsoon and Peppermint.

4. Do you think trans voices are becoming more prominent in popular culture?

Ummm.. maybe more so than 20 years ago when I transitioned but we have a long way to go. That’s why Trans Vegas is so important – it’s like a world reimagined where Trans art is created, celebrated and enjoyed rather than hidden or ‘debated.’

5. Tell us about some of the artists you’ll be collaborating with this year.

So many! I am really pleased to have got to work with Travis Alabanza this year and they were keen to work with writer Kuchenga so that’s happening. Lauren John Joseph has curated a beautiful nuanced little online literary salon with Juno Roche, Torrey Peters and Tom Cho. Jamaican visual artists Kyym Savage and Emani Edwards are at the heart of the festival with their exciting, courageous work. Centring black trans femmes is a key element of this year’s festival – they are our poster stars.

6. How can people get involved and support the festival?

There are many ways to support our festival! You can tune in online at Transcreative.uk and feast on Trans art and champion the artists. The trans fashion activist billboards are a campaign, and we are encouraging people to respond to the work on social media and tag us in. The live show is worth a trip to Manchester – it’s a one-off but will be recorded and shown online the next day. You can give us some of your hard-earned cash! Do this by donating at Transcreative.uk or by buying a print of our poster (all profits go to Artists featured) or why not get yourself a #standbyyourtrans T shirt…and wear it with pride. We look forward to seeing you!