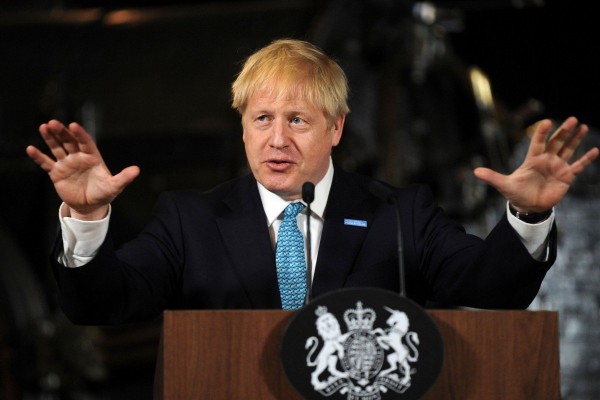 Prime minister Boris Johnson has vowed to ‘stamp out’ LGBTQ+ conversion therapy, following a parliamentary debate about the possibility of a nationwide ban on the practice which is known to cause trauma in those subjected to it. However, the government has also been accused of failing to address LGBTQ+ issues as equalities ministers are facing criticism. As cited by Sky News, Johnson told reporters that although the issue is  “technically complex”, he is “determined to take further steps to stamp it out.” March 28 will mark 1,000 days since the UK government first promised to do so, with LGBTQ+ activists demanding Johnson acts now.

The parliamentary debate on the topic took place after 250,000 signed a petition calling for those who practice the controversial form of treatment to be penalised. A handful of MPs including Crispin Blunt, Alicia Kearns, Stephen Doughty and Charlotte Nichols spoke in support of the ban. Equalities minister Liz Truss insisted the government was working to make the ban a reality, saying: “We’re very committed to LGBTQ+ equality.” However, Truss and fellow equalities minister, Kemi Badenoch, recently came under fire from three government LGBTQ+ advisors who accused the pair of ‘ignorance’ on LGBTQ+ issues.

Jayne Ozanne, James Morton and Ellen Murray all accused the government of becoming increasingly anti-LGBTQ+ following the conversion therapy debate, with Ozanne saying: “I’ve been increasingly concerned about what is seen to be a hostile environment for LGBTQ+ people among this administration. Over the years which the advisory panel has met, we’ve seen an increasing lack of engagement and the actions of ministers have frankly been against our advice.” Johnson addressed their resignation, saying: “I’m sorry these advisers have gone but be in no doubt that we will deal with this issue.”