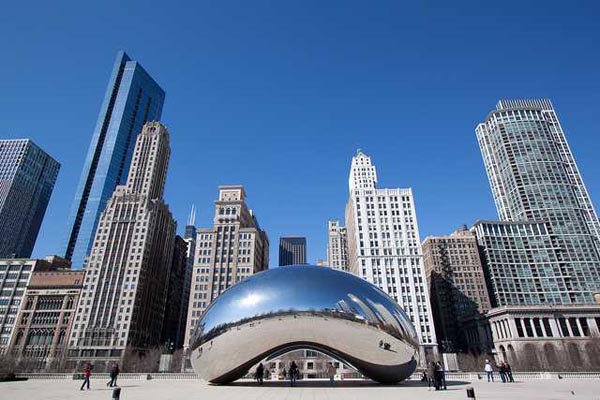 The new campaign will take a pioneering new direction in having a dedicated page delivering exclusive Illinois content on the GSN website.

GSN and the Illinois Office of Tourism’s partnership holds great significance in today’s social climate. It was created because Illinois’ government believes in equality for all, and the state also holds many amazing LGBT+ events each year, such as the Chicago Pride Parade.

In July 1961, Illinois became the first state in America to decriminalise homosexuality. Marriage equality came to the state in 2014.

Travel editor for Gay Star News, Jamie Tabberer, says: “I’m delighted that GSN and the Illinois Office of Tourism’s partnership continues to thrive. The state’s efforts to attract queer tourists is unparalleled. Illinois is one of the most LGBT+-friendly states I’ve ever visited, and Chicago is one of my favorite destinations in the world.

“I look forward to encouraging more LGBT+ travellers to visit Illinois, from the bright lights of the Windy City to the underrated state capital of Springfield and the picturesque town of Galena.”

Cory Jobe, Director of Illinois Office of Tourism, added: “Illinois is one of the first states in the Great Lakes region to target LGBT+ travellers. Our message is clear, everyone is welcome here in Illinois. We’re proud of all the amazing experiences Illinois has to offer and we want the LGBT+ community to know we see the amazing in everyone who comes to visit.”