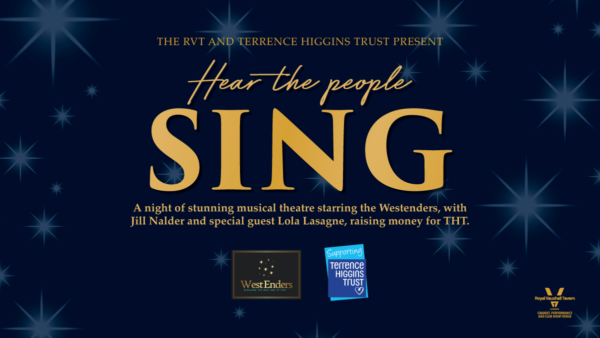 London’s Royal Vauxhall Tavern has announced a special night of musical theatre with Jill Nalder, The WestEnders and drag superstar Lola Lasagne on Thursday, August 18. The event will raise funds for HIV and sexual health charity, Terrence Higgins Trust (THT). As THT mark 40 years of support, it’s a historic time for the charity as they focus on an incredible goal: ending new cases of HIV in the UK by 2030.

Jill Nalder was the inspiration for the character of Jill Baxter in the smash hit TV series It’s A Sin and appeared in the series as Jill’s mum Her book, Love From The Pink Palace, tells the real stories that inspired Russell T Davies to write the hit show.

The WestEnders is the brainchild of Jill and Linda Jarvis, conceived as they sat in their dressing room at the top of London’s famous Palace Theatre while appearing in Les Miserables. Jill’s experience of running successful star-studded cabaret nights as part of the charity West End Cares, combined with Linda’s experience of corporate entertainment, were brought together, along with fellow Les Miz cast members Jon Osbaldeston and Frances Fry, and renowned West End musical director Jae Alexander.

These were the ‘famous five’ who founded WestEnders… and the rest is history! WestEnders love to bring the West End to audiences around the world, drawing on the many shows they have appeared in both in London and on tour.

Advance tickets for the show are £12 plus booking fee. For more info and to book, CLICK HERE