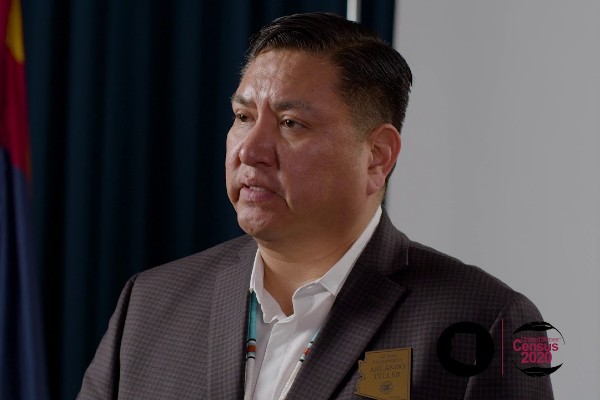 Recently confirmed US transportation secretary, Pete Buttiegieg, has selected out gay Arizona state representative, Arlando Teller, to be one of his assistant secretaries. Teller is a member of the Navajo Nation – a native American indigenous tribe – so he is now taking on the role of deputy assistant secretary of tribal affairs in the US department of transportation. He told the Washington Blade: “Elevating Indigenous nations’ by the Biden administration only invigorates and encourages me to do more. Representation matters.”

Teller is now the second Navajo person to join the Biden administration, after Wahleah Johns was appointed a directory position in the US department of energy. Navajo Nation president, Jonathan Nez, said in a statement: “Words cannot express how proud we are of these two young Navajo professionals, who have dedicated themselves to serving our Navajo people and are now moving onto the federal level to help empower all tribal nations. In my conversations with the Biden-Harris Administration, I’ve advocated for the appointment of our Navajo people to high-level positions to help advance the issues of all tribes at the federal level.”

Teller was one of six out LGBTQ+ members of the Arizona legislature, and is now the first out gay LGBTQ+ Navajo person to have been elected to the US administration. Pete Butteigieg also made history by becoming the first out LGBTQ+ person to be confirmed to the government administration. Ruben Gonzales, executive director of the LGBTQ Victory Institute, praised Biden’s dedication to creating an inclusive government administration: “This groundbreaking confirmation is a testament both to President Biden’s determination to build the most inclusive administration in history and the American public’s willingness to judge a leader by their qualifications, not their sexual orientation.”