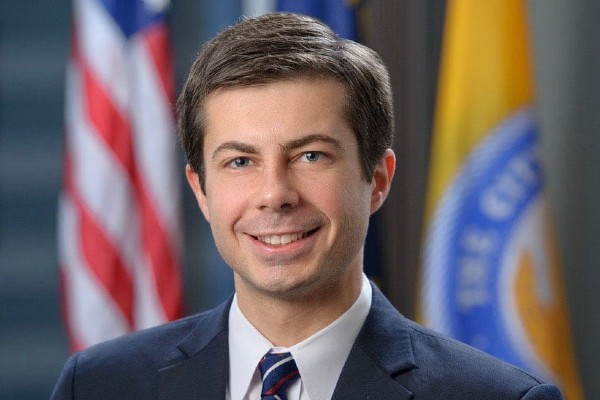 Former mayor Pete Buttigieg was confirmed as the US transportation secretary on January 2, making him the first ever out LGBTQ+ cabinet member confirmed to the presidential administration. 39-year-old Buttigieg, who identifies as gay, was confirmed by the senate with 86 votes in his favour and 13 against him. He vowed to make safety on public transport his top priority during his role as secretary, saying in a speech before the senate commerce: “Safety is the foundation of the department’s mission, and that takes on new meaning amid this pandemic. We have to ensure all of our transportation systems – our aviation and public transits, our railways, our railways, roads, ports, our waterways, and pipelines – all of it is managed safely during this critical period.”

Annise Parker, president and CEO of the LGBTQ Victory Institute, dubbed Buttgieg’s confirmation as a historic win for the LGBTQ+ community: “Pete shattered a centuries-old political barrier with overwhelming bipartisan support and that paves the way for more LGBTQ Americans to pursue high-profile appointments. Pete testifying at his confirmation hearing, with his husband looking on, is among the most powerful images that define this unprecedented political moment and will be remembered as a milestone in America’s move toward social justice.”

Ruben Gonzales, executive director of LGBTQ Victory Institute, praised Biden’s dedication to creating an inclusive government administration: “This groundbreaking confirmation is a testament both to President Biden’s determination to build the most inclusive administration in history and the American public’s willingness to judge a leader by their qualifications, not their sexual orientation. Each new political barrier broken inspires more LGBTQ+ people to consider careers in public service, a virtuous cycle we will accelerate until equitable representation is achieved. The Biden-Harris administration presents opportunities to place diverse LGBTQ+ people in every agency and at every level of government. We are thrilled to be a partner in making that happen.”

Since Biden’s appointment in January, he has introduced several pro-LGBTQ+ orders, including one which prohibits any kind of discrimination against LGBTQ+ people. The order builds on the Supreme Court’s recent decision in the Bostock v. Clayton County case, which found LGBTQ+ people are protected from employment discrimination under Title VII of the Civil Rights Act of 1964. Biden was praised by many LGBTQ+ activists, with Human Rights Campaign president, Alphonso David, describing his order as “the most substantive, wide-ranging executive order concerning sexual orientation and gender identity ever issued by a United States president.”