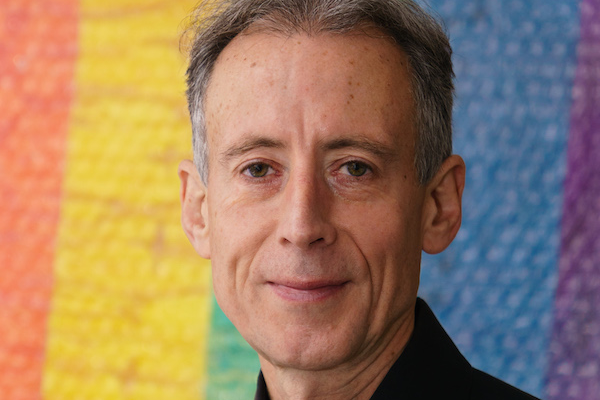 People’s Pride Southampton (PPS) has announced that human rights campaigner Peter Tatchell, who has championed the rights of LGBTQ+ people for over 54 years, has become patron of the charity, following the appointment of Dr Sophie Cook.

During a time of lockdown and isolation, PPS has been inundated with LGBTQ+ people needing support and assistance. The charity has also had to adapt to different ways of working such as WhatsApp and online video calls.

PPS said: “We hope with the support of Peter Tatchell and Dr. Sophie Cook that we can spread the message far and wide about the support and other services we offer all year round. We are a small, non-commercially backed charity that relies on public support to keep our support services and events free to all.”

Peter Tatchell, director of the Peter Tatchell Foundation, said: “I’m honoured to be a patron of PPS. It works the year round to support the LGBTQ+ community and is hosting a completely accessible and inclusive Pride event, with no commercial sponsors.

“LGBTQ+ people have made great gains but there are still issues to win, including a ban on attempts to ‘cure’ LGBTQ+ people and an end to the demonisation of trans men and women by the tabloid press. Even today nearly half of all young LGBTQ+ people say they were bullied at school and a third of LGBTQ+ people have been victims of hate crime. The battle of LGBTQ+ respect and dignity is not over yet.”

Levi Wellman, chairwoman of PPS, added: “I welcome Peter Tatchell and Dr. Cook wholeheartedly. It is very motivating for myself, and the charity as a whole, to welcome two patrons with an ethos as well aligned as ours.”