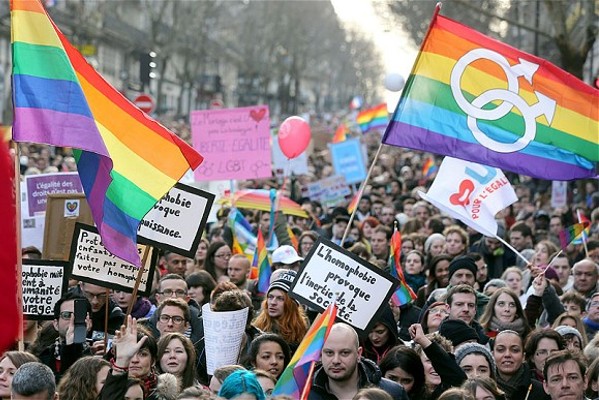 France could become the next European country to outlaw LGBTQ+ conversion therapy after the country’s National Assembly voted unanimously to pass Bill 673 on Tuesday. If successful, the bill will prosecute medical professions found practicing or administering conversion therapy, meaning they could face a two-year prison sentence of a €30,000 fine.

Those who offer conversion therapy to minors will face even an even harsher sentence of up to three years imprisonment or a fine of €45,000. The bill was first introduced by lawmaker Laurence Vanceunebrock, who told Connexion France that although the country already has anti-discrimination laws in place, a specific set of regulations is needed to address the needs of conversion therapy survivors.

If the bill is approved by the French Senate, it is expected to be enforced in February 2022. Meanwhile, conversion therapy continues to be legal in the UK, with March 28 2021 marking 1,000 days since the government first promised to ban the controversial practice. Nick Herbert, UK government’s first-ever envoy on LGBTQ+ rights, recently confirmed that leaders are planning to introduce a national ban on conversion therapy in Spring 2022, but did not provide any further details.