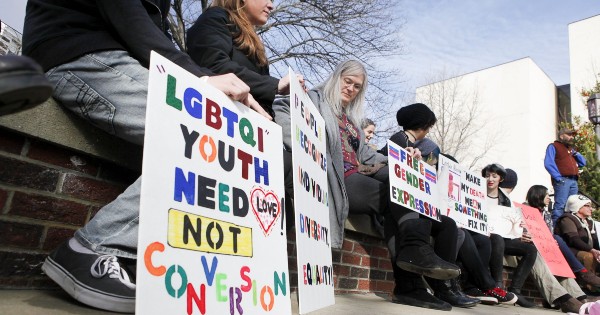 Nick Herbert, UK government’s first-ever envoy on LGBTQ+ rights, has confirmed that officials are planning to introduce a national ban on conversion therapy in Spring 2022. Responding to an advisory report on banning conversion therapy, Herbert tweeted: “I know the Government remains committed – as set out in the Queen’s speech – to bringing forward legislation next Spring to ensure that the abhorrent practice of conversion therapy will be banned.”

Earlier this year, the Queen confirmed that LGBTQ+ conversion therapy, which is known to cause trauma and depression in those who are subjected to it, will be banned in the UK, with those found practicing it illegally facing penalties. March 28 marked 1,000 days since the government first promised to ban LGBTQ+ conversion therapy, with Boris Johnson referring to the practice as “abhorrent”. A debate was held earlier this year but so far no official ban has been enacted.

The subject was first brought to debate after over 250,000 signed a petition calling for those who practice the controversial form of treatment to be penalised. Equalities secretary Kemi Badenoch insissted the government is taking plans to ban conversion therapy “very seriously”, and said research into the experiences of survivors has been comissioned.