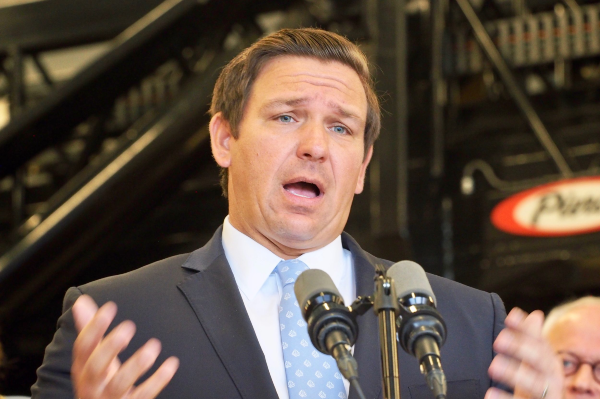 Florida governor, Ron DeSantis, has cut $900,000 of spending for LGBTQ+ related projects in the state, including $150,000 which had been allocated to providing mental health services for survivors of the 2016 Pulse nightclub massacre in Orlando. According to the Miami Herald, DeSantis signed off on a record $100 billion state spending plan for Florida on Wednesday.

However, as part of the spending plan, he vetoed funding for Pulse survivors (by cutting funds for The LGBT+ Center in Orlando) and the Zebra Coalition, which aims to prevent LGBTQ+ homelessness. Brandon Wolf, a survivor of the Pulse massacre which saw 49 killed and a further 60 suffering from injuries, criticised DeSantis on Twitter, sharing a photo of himself and the governor from 2019 and saying: “Here’s @GovRonDeSantis in 2019, standing on hallowed ground, promising me that he would always support those of us impacted by the Pulse nightclub shooting.”

He continued: “Today, he vetoed mental health services for us. I will never forget.” DeSantis has also faced criticism from the LGBTQ+ community this week after signing a bill that has made Florida the 7th state this year to officially bar trans girls from participating in school sports. As a result, the Human Rights Campaign has sued the state, with president Alphonso David saying: “Gov. DeSantis and Florida lawmakers are legislating based on a false, discriminatory premise that puts the safety and well-being of transgender children on the line.”