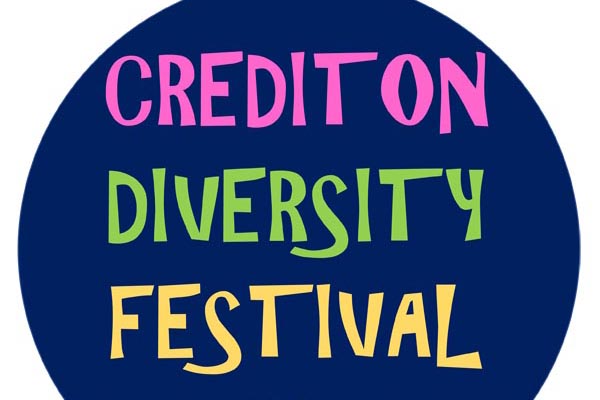 REPORTS of racist incidents and hate crimes are the inspiration behind the first Crediton Diversity Festival at the Boniface Centre in Crediton, Devon on Saturday, November 10.

Local equalities and diversity campaigner Alan Quick said that reports that people had suffered from racism and other hate crimes locally had inspired him to “do something positive” and organise the event.

He explained: “The aim of the festival is to celebrate the diverse communities we live in. Each individual is unique and Crediton is a welcoming place for all regardless of race, ethnicity, gender, sexual orientation, socio-economic status, age, physical abilities, religious beliefs or other difference

“Valuing diversity recognises differences between people and acknowledges that these differences are a valued asset.”

On Saturday, November 10, from 10am to 2pm there will be information and advice stalls, music, talks, face painting, games, entertainment and refreshments will also be available.

The Festival will include information from local and regional organisations including a presence from groups and organisations which can support those who have or are suffering from racism or hate crimes, including the police and other agencies and voluntary organisations.

Admission to the family-friendly event is free.

Also hoping to attend are Alison Hernandez, the Police and Crime Commissioner for Devon, Cornwall and the Isles of Scilly and Mel Stride, MP for Central Devon.

The Festival is supported by Crediton Town Council and a Devon Crimebeat grant through Devon and Cornwall Police working in partnership with Devon Community Foundation and the High Sheriff of Devon with funding from the Proceeds of Crime Act.

In addition to the Festival, funding will enable some educational work around racism and hate crime to be completed at Landscore Primary School in Crediton.

If you would like to have a stall at the event, email: alan.quick1@btopenworld.com