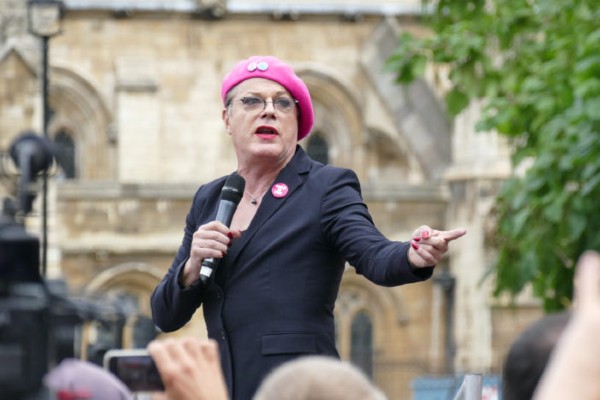 58-year old comedian Eddie Izzard, who recently requested to be referred to by she/her pronouns, praised trans celebrities, Caitlyn Jenner and Laverne Cox, for helping her accept her gender identity. In 2017, Izzard said: “I am essentially transgender. I have boy mode and girl mode. I do feel I have boy genetics and girl genetics.” However, in a recent TV appearance, she said: “This is the first programme I’ve asked if I can be ‘she’ and ‘her’ – this is a little transition period…I just want to be based in girl mode from now on.”

Speaking on the RunPod podcast, Izzard said: “It was toxic back in ’85. It was toxic in the Nineties. Being transgender was never cool. The tipping point was when a number of things happened in America – from Vanity Fair for Caitlyn Jenner to Laverne Cox getting Woman Of The Year [from Glamour magazine]. America is such an engine. When things happen there, it pushes it out around the world. It’s made it easier for me.”

Many praised Izzard after she shared her pronouns with the world. Non-binary comedian, Sofie Hagen, tweeted: “I’ve been reading people’s reactions to Eddie Izzard using she/her pronouns and I LOVE LOVE LOVE this collective gender euphoria we all feel towards her. Either because we feel represented, because we know how freeing it feels saying it out loud or just because we’re nice people.”

However, Izzard was also targeted by controversial anti-trans group, the LGB Alliance, who tweeted that many were ‘let down’ by her announcement. Many hit back at the tweet, with one Twitter user saying: “LGB Alliance” showing their true transphobic colors yet again. This tweet is awful and the person or people hiding behind this “Alliance” should be ashamed.”