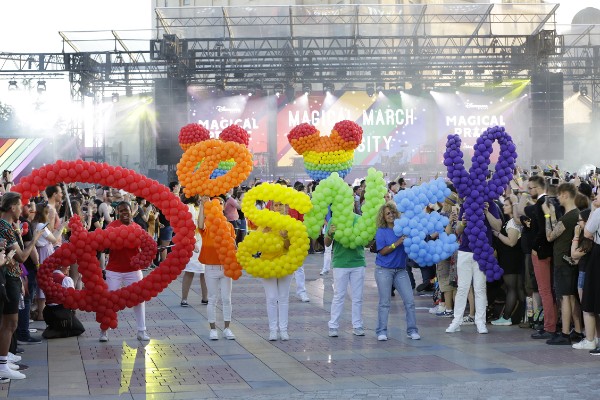 Disney has made history by featuring its first explicitly bisexual character on animated Disney Channel show The Owl House. The recent storyline on the programme has shown 14 year old protagonist Luz, voiced by Sarah-Nicole Robles, growing closer to her previous enemy Amity (Mae Whitman), and in the latest episode it was revealed that Amity intended to ask Luz to attend prom with her.

This prompted Dana Terrace, the creator of the show, to confirm that at least one of the pair is bisexual. Dana herself is openly bisexual and stated on Twitter that initially, certain members of the Disney team denied her the opportunity to include a queer character on the show, but continued her ‘stubbornness paid off’ and added that the LGBTQ+ storyline is now ‘very supported by the current Disney leadership’.

Dana argued that ‘representation matters’, and so far the response to the increased queer inclusion on the show has been positive. Twitter responses have thanked Dana for the bisexual/lesbian representation that Disney had previously been lacking, stating that the show is paving the way for more Disney content to include queer characters.

A 2020 study has demonstrated that the mental wellbeing of young LGBTQ+ people is considerably better when the person has access to community support and is in an inclusive environment. Media representation is a factor that creates an inclusive atmosphere; Eloise Stonborough, from LGBTQ+ charity Stonewall, recently told Metro news that ‘it is important for everyone to be able to see themselves in mainstream media’.