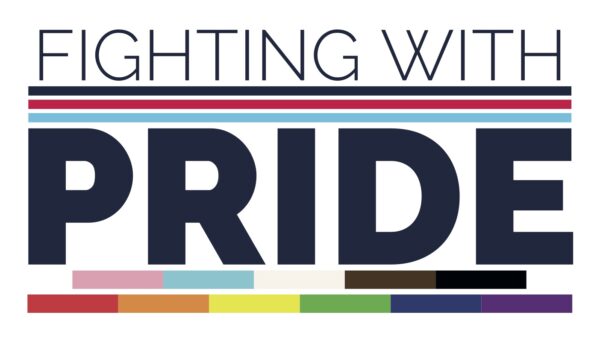 LGBTQ+ military charity Fighting With Pride has announced that LGBTQ+ Armed Forces veterans have accepted an invitation to march with the Defence Group which includes the uniformed Armed Forces, at Pride 50 tomorrow in London.

Veterans will meet Minister of State for Defence Baroness Goldie DL at Wellington Barracks before setting off.

On the 20th anniversary of the lifting of the ‘gay ban’, Fighting With Pride began a campaign for restorative justice for all those who lost careers.  The ‘Gay Ban’ was ruled as Illegal by the European Court of Human Rights in September 1999 however less than 150 veterans have received compensation for the lifetime impact of losing careers. In November 2021, LGBTQ+ Veterans from Fighting With Pride marched in the National Service of Remembrance for the first time.

The LGBT Veterans Independent Review was announced by the Government in January 2022 and the Rt Hon Lord Etherton QC was announced as the Chair on June 23. It will now begin its year-long investigation, taking evidence to :

Caroline Paige and Craig Jones MBE, Fighting With Pride Joint Chief Executives, said: “This is an incredible moment of inclusion at a time when there is universal support for Fighting With Pride’s campaign for justice for LGBTQ+ veterans. Veterans will wear their medals with immense pride as they take their place alongside the uniformed Armed Forces.

“Fighting With Pride is immensely proud of the service of LGBTQ+ Veterans, who met the challenges of service in the Armed Forces and so many additional challenges placed in their path.

“Fighting with Pride is grateful to Service Chiefs and the Chief of the Defence Staff for a moment of inclusion at Pride 50 when the Armed Forces family will be complete.”

For more info on Fighting With Pride, CLICK HERE