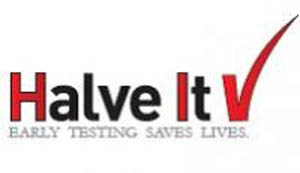 BRIGHTON AND HOVE City Council has committed to halving late and undiagnosed HIV by passing a motion on HIV testing in support of the Halve It campaign.

The motion which was passed unanimously by the Council on Thursday, December 11 recognises the importance of local action in coordinating and commissioning accessible and effective HIV testing, and outlines a commitment by the Council to strengthening its own provision of HIV testing services through working with local NHS partners, HIV charities and patient groups.

The motion to full Council was tabled by Cllr Geoffrey Theobald the leader of the Conservative Group, who said: “HIV is a significant public health issue in Brighton and Hove and we are committed to taking practical steps to tackle this in partnership with local service providers, patients and advocates. I am proud that Brighton is leading the way with supporting ‘Halve It’ and its objectives, and I strongly encourage other councils across the country to do the same.”

The motion received the support of local MPs, including Simon Kirby, Mike Weatherley, and Caroline Lucas.

Mike Weatherley, himself a supporter of the Halve It campaign said: “Brighton and Hove council’s commitment to HIV testing is vital in tackling the epidemic in our area. We know that early testing for HIV saves lives as well as money, and that the sooner HIV is diagnosed, the sooner appropriate care can begin.”

Halve It is a national coalition that focuses on the expansion of HIV testing services, on the basis that early testing of HIV saves lives and also results in substantial savings to the public health budget.

Since its inception in 2010, Halve It has galvanised national and local cross-party support for HIV testing, and is supported in its aims by the Prime Minister, the Deputy Prime Minister and the Leader of the Opposition.

Brighton and Hove council’s action on HIV testing follows comments on World AIDS Day from Public Health Minister, Jane Ellison, who said: “I fully support the aims of the Halve It campaign, the Government is committed to reducing late diagnosis and the number of people who are unaware that they have HIV. People living with HIV can expect to live a long and healthy life if they are diagnosed early which is why our sexual health strategy focusses on prevention and testing. We are testing more people than ever, with fewer diagnoses, which shows we are moving in the right direction.”

Simon Kirby, MP for Brighton Kemptown and Peacehaven, and Vice Chair of the All Party Parliamentary Group for HIV/AIDS, says he is “delighted” at the decision taken by Brighton and Hove Council.

In early November, Mr Kirby reached out to the leaders of the three political groups on the City Council, pressing them to introduce a Council motion that would see the Council acknowledge the prevalence of HIV in the area, and commit to provide more HIV testing services. The motion would also see the Council commit to halving both the percentage of people diagnosed late and the proportion of people living undiagnosed in the area by 2020.

Speaking about the vote, Mr Kirby, said: “As both Member of Parliament for Brighton Kemptown, and also in my role as Vice Chair for the APPG HIV/AIDS, I work hard to stand up for those living with HIV/AIDS across Brighton and the rest of the UK, and also to raise awareness of the importance of regular testing.

“I reached out to the political leaders on Brighton and Hove City Council about this matter, as it was something that I care greatly about, and also as I knew that it would make a huge difference to everyone living with HIV in Brighton.”

“Early diagnosis really can make a considerable difference to both life expectancy, and quality of life, and this is why this commitment is so important.

“I am delighted that the Councillors voted to implement this motion, and I am proud to have been involved in putting this on the Council’s agenda.”

Cllr Warren Morgan, Leader of the Labour and Cooperative group on the City Council, said: “We support all efforts to improve HIV testing that builds on the investments in services made under the last Labour government.

“I would hope that Mr Kirby can persuade his Conservative colleague in London to reverse the propsed 50% cut in funding to HIV/AIDS prevention services revealed in Gscene yesterday.”