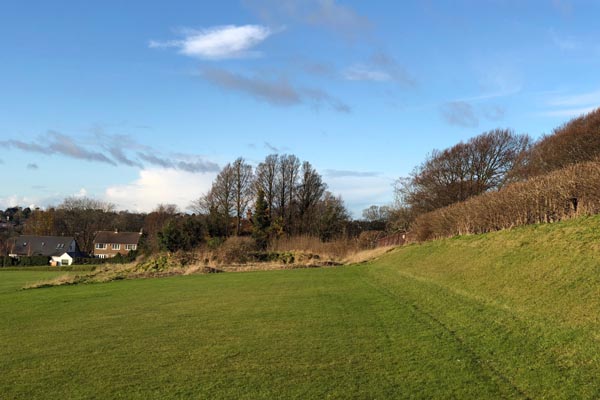 Local Conservative councillors in Withdean and Patcham, including Lee Wares and Geoffrey Theobald, have written to Liz Hobden, the Head of Planning at Brighton and Hove City Council, listing 16 detailed objections to Varndean College’s plan to build on green space behind the college to create a luxury housing development.

Withdean councillors Ann and Ken Norman and Nick Taylor said: “Having listened to residents closely we understand and support the objection to the development of this precious green space. The playing fields are of prime ecological value to the community and we want that to be preserved for future generations.”

The College also plans to build a floodlit, all-weather pitch in front of the college which objectors claim will destroy desperately needed green space including valuable wildlife habitats. These are unlikely to recover in spite of the College’s claims to the contrary the objectors claim.

She says: “The original small advertisement for disposal of the land only appeared once in the Brighton Argus in May 2016! It was simply a check-box exercise. No local residents were ever consulted on the sale and possible use of the land as a community amenity. That is why we are now applying to have the land classed as an Asset of Community Value.”

Anton Pruden, who lives nearby, was a Community Governor at Varndean College for eight years until December 2017. A key member of the Finance Working Group, he was always opposed to the development.

Mr Pruden says: “This is an ill-conceived property development. Any sports facility development mentioned (such as the all-weather pitch) has been an after-thought to aid the planning process and not reported to the governors as a priority.”

“The integrity of the college brand is facing a huge backlash as people realise just how underhand the college has been,” says another neighbour, Dr Katrina Lake, Consultant Clinical Psychologist.

“Far from being unused land surplus to requirements,” she says, “the site has been a valuable biodiversity resource for all the schools on the campus (one primary school, two secondary school as well as Varndean College). It is in fact officially part of the sports field it abuts and so development directly contravenes planning guidelines.”

Leading the Green Varndean Action Group, Dr Lake says that the green space is also a vital link in the wildlife corridor connecting the Downs with Withdean Woods and other woodlands in Brighton.

Dr Lake is also very concerned about the hidden impact of further loss of green space on well-being and mental health. “Varndean Green is a special oasis of quiet, open to the sky with a magnificent coastal vista. Research indicates that views of open green space are critical to the mental stability of urban populations. It is of grave concern that the proposed development destroys the iconic view across the ancient field system of Varndean Campus to the city and the sea beyond. It will be lost forever. Varndean College are privatising a view that belongs to everyone in Brighton.”

Local resident Elma Still says that the proposed development sets a dangerous precedent for everyone living in Brighton. “If the wildlife sanctuary of Varndean Green ends up being bulldozed, then no small green space in Brighton will be safe. It’s hugely important to take a stand against unnecessary development now.”

The Green Varndean Action Group is calling on Varndean College to withdraw its planning application and to be straight with the local community about what the money is really needed for.

“One more plastic football pitch isn’t a priority for the College or the neighbourhood and it’s a poor reward for the loss of so much beauty and nature!” says near neighbour Sue Dibb. “We recognise that colleges such as Varndean are underfunded, but selling off land just isn’t the answer. Will it mean that every time the college needs more money to repair or develop the college that they’ll need to sell off more land? Looking at their plans that would seem to be exactly what they plan to do but that’s not a sustainable way to run a public institution.”