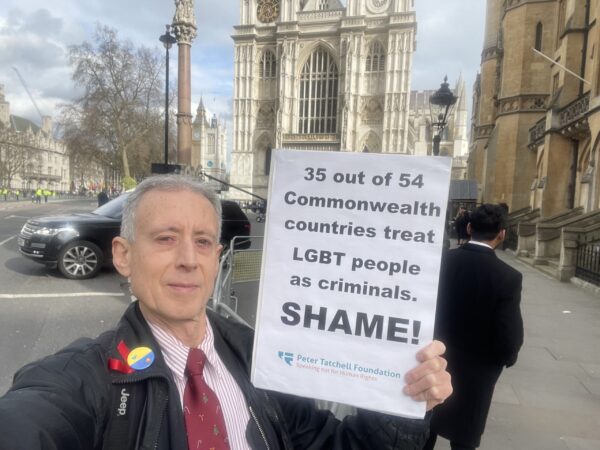 LGBTQ+ people from Commonwealth countries are to protest at 1pm this Thursday, July 28 as the Queen’s Baton arrives at Aston Hall, Birmingham on its final stop before entering Alexander Stadium for the Commonwealth Games opening ceremony that evening.

“We are calling out anti-LGBTQ+ repression in the 35 Commonwealth countries that criminalise same-sex relations. Even an outstanding LGBTQ+ athlete is more likely to be jailed than selected for the national team of the 62% of Commonwealth countries where homosexuality is illegal,” said protest organiser and human rights activist, Peter Tatchell.

PROTEST: 1pm on Aston Hall, Birmingham B6 6JD and 5pm at the main entrance to Alexander Stadium.