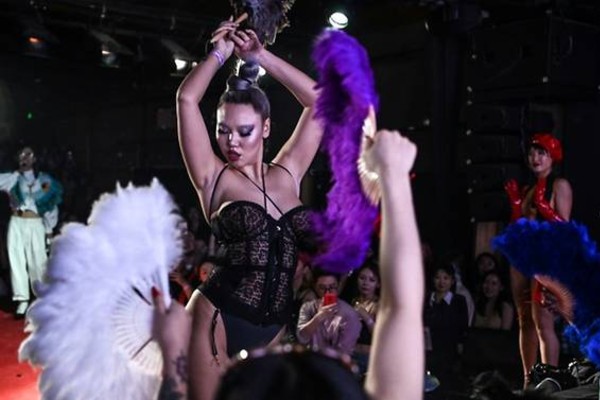 China’s first ever LGBTQ+ voguing ball was held in Beijing on March 27, and saw hundreds attend to celebrate queer culture. According to Channel News Asia, the ball was organised by 27-year-old Li Yifan who teaches dance, and described the event as a “playground for marginalised groups”. They described dance as a way for LGBTQ+ people to “express themselves with a spirit of resistance”.

The ball saw performers battle it out to win the judges approval, with categories including ‘Drag Queen Lip Sync’ and ‘Voguing Open to All’. 23-year-old performer Huahua said voguing has “blossomed” over the past couple of years, adding: “Right now the scene is very young, but it’s also very enthusiastic and passionate. It’s like cuttings being planted everywhere that are now taking root.”

Huahua said dance is a way for them to ‘express their sexuality and sensuality’ and made them feel “truly liberated and happy for the first time”. They also pointed out that “voguing has a very tragic history; it’s a dance form created out of the sufferings of an entire generation who’ve experienced racism, bigotry, depression.”