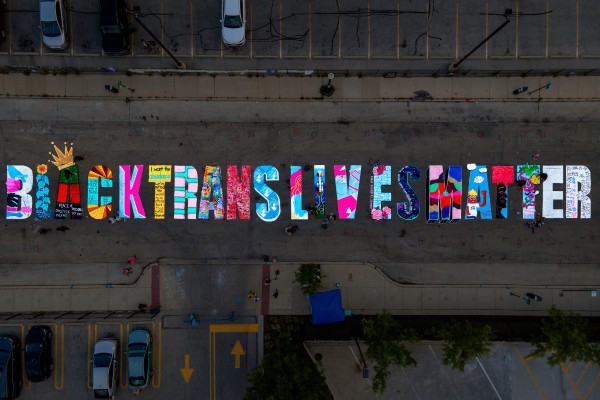 Black trans people who have been killed as a result of hate crimes are honoured as Chicago artists have created a mural on Catalpa Avenue (Andersonville). 22 artists/art groups produced the mural with the help of $4,000 that was donated by Andersonville locals; the piece reads ‘black trans lives matter’ with each artist decorating an individual letter. The names of the black trans people who have lost their lives encircle the mural, including those who died as a result of police violence.

Laura Austin, associate director of the Andersonville Chamber, said that ‘transgender women of colour were leaders in LGBTQ+ activism but they have been erased’. She continued the memorial artwork was designed to make the black trans community a priority and this is ‘long overdue’. The mural features portraits of Marsha P. Johnson, a pivotal figure in the LGBTQ+ rights movement and the Stonewall Uprising, and Merci Mack, who was one of at least four transgender people who were killed during Pride month 2020.

The Human Rights Campaign (HRC) estimates that at least 26 black trans women have been killed in the US during 2020, which nearly tops the number of black trans women killed altogether in 2019. However HRC highlights that these deaths often go unreported.